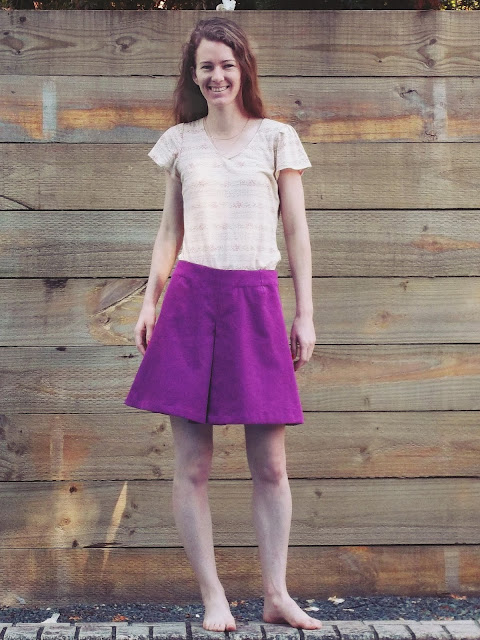 So it's spring in Sydney, and my plan has been to make a few transseasonal pieces, but the weather isn't agreeing with me. It's decided to go straight into summer, with the temperature being above 35°C since Saturday. So if the warm weather keeps up I might not get that many opportunities to wear this corduroy skirt. It's not exactly heavy, but it's not light or airy, either. Still, I at least got these photos taken one morning before the day heated up too much. 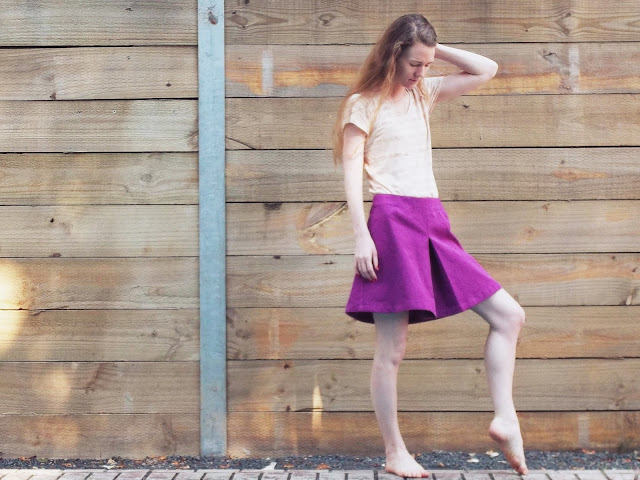 The pattern is vintage Simplicity 8363, from 1969, so it's another vintage pledge make for 2015. I found it for 50c at a local op shop - score! I've found a bunch of patterns, fabric, and zippers at that op shop, it's a real treasure trove. The pattern's a teen size pattern, 25 inch waist which is just bigger than me (I'm a 24), but the slight size difference didn't matter. At most it just means that it sits a bit lower on my waist than it was originally meant to, but it still sits at a completely fine level. 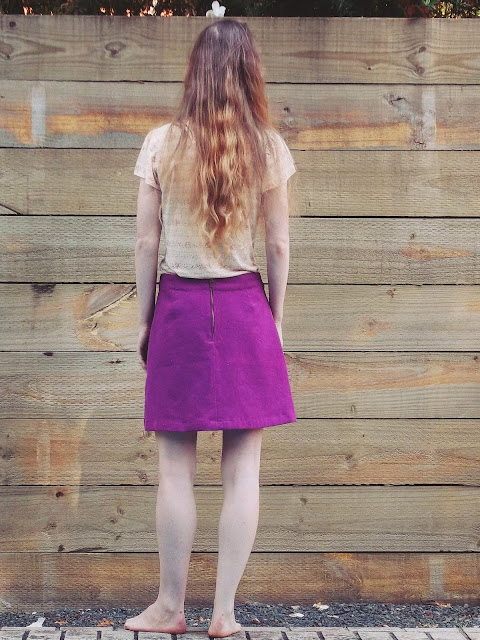 I made view 4 of the pattern, the mini length with one central inverted box pleat. My fabric, a pinky/purple narrow corduroy, is even pretty much the exact same colour as the picture on the envelope - I've basically made the example picture! My piece of corduroy was in my stash, I'm not entirely sure where it came from. It was also just the slightest bit too small for the pattern, so I had to shorten the length by 1cm so I could fit the pattern pieces on. Given I was already making the 'mini' length I thought the skirt may turn out on the short side, but it really isn't. I wouldn't even call the length 'mini'. I guess definitions and skirt lengths have changed since 1969. 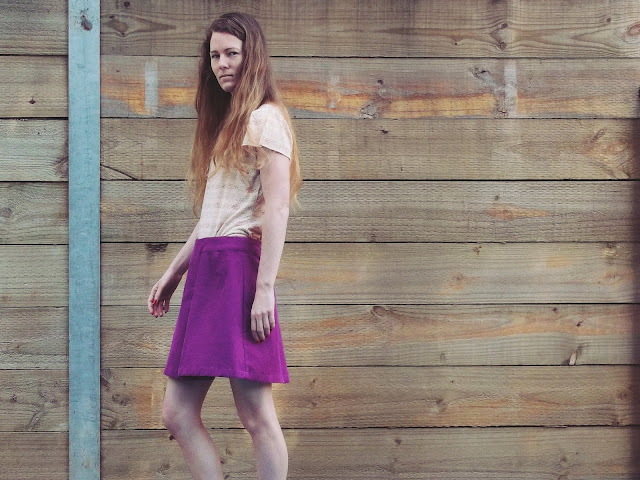 The centre pleat normally sits closed and flat, which makes it look a little bit like culottes. But it means there's a bit more room for movement, without being bulkier or fuller. Because the pleat sits flat it was a little hard to photograph how it expands, hence the awkward pulling-my-skirt-open picture below, and the weird pointy toe one further up. 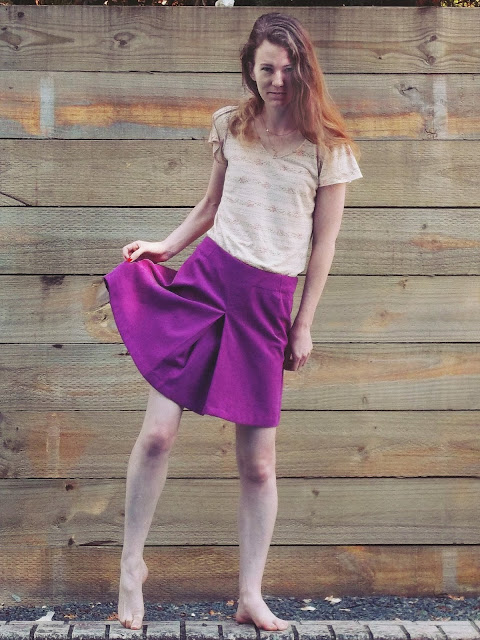 Sewing this up wasn't perfect, though. Am I the only person who has problems sewing corduroy? Although the final outcome of this skirt is fine, I had thread catching and breaking so many times while making this, even after giving my machine a full clean-out. It also frays ridiculously, so the seams are frenched. I had been going to try using my overlocker which I've had for ages but been scared of, but when I threaded it up and tried it out on a piece of scrap fabric, the bottom looper snapped in half. As in the actual piece of metal. No idea how that happened, but obviously there's no overlocking for me at the moment. 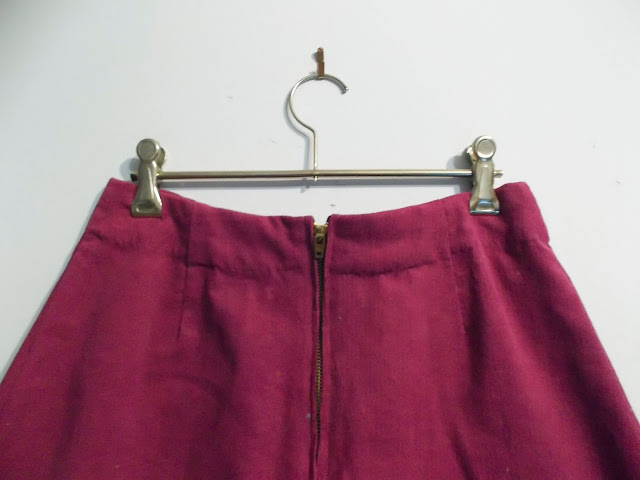 I used a metal zipper for the closure. It was another cheap find at the same op shop, also 50c. I thought about buying a matching pinky/purple zip, but I have a lot of zips so I figured I should probably use one I already owned rather than buying more. And I already had everything else that went into making this skirt, including an identical colour thread, so making a special trip just to buy a zipper seemed to be a bit too much effort. 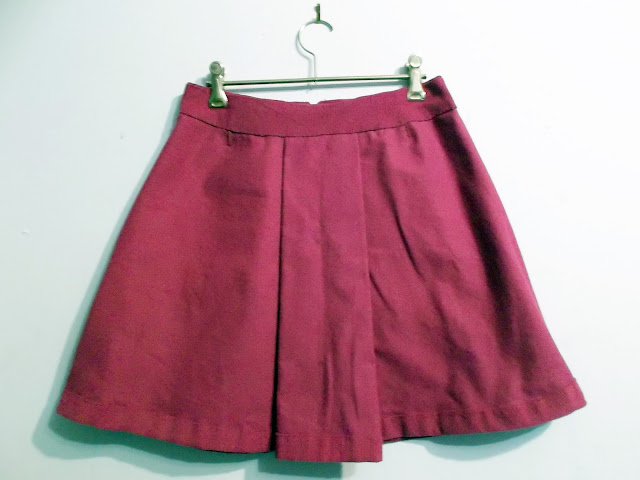 The colour didn't quite turn out right in these last couple of photos, but the at least show some of the close-up and inside detail. The waistband in hand stitched, but the hem is machine stitched.

Overall, this skirt is probably more cool-weather than I'd imagined, although the corduroy is fairly lightweight. But it's quite versatile, and would work in most weather apart from really hot days. And the colour's nice and bright, which is always important!

Posted by Antipodean Stitcher at 03:48