The Circle of Top 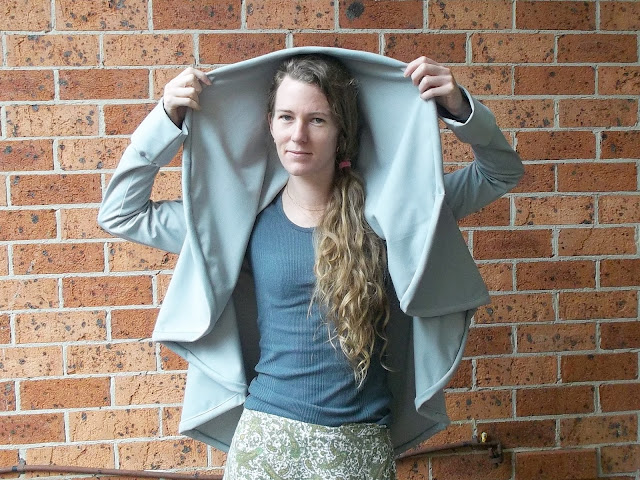 So in one of Papercut Patterns' sales a few months back I bought a few patterns. I had planned to get some of their most recent collection, but ended up going with older patterns instead. This is the first one I've sewn, the Circle Top. 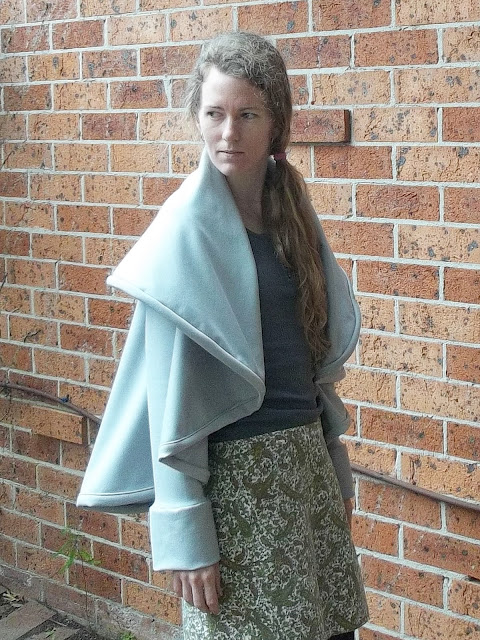 I love cardigans and jumpers. Honestly, it's a good thing I can't knit because I'd be wanting to make so many cardis. Overflowing piles of fabric and patterns are enough to deal with without adding a yarn stash in. So I'm going to make what I can with sewing instead. I haven't yet made much in the way of cardigans because I haven't found patterns I like, but this one is really good. 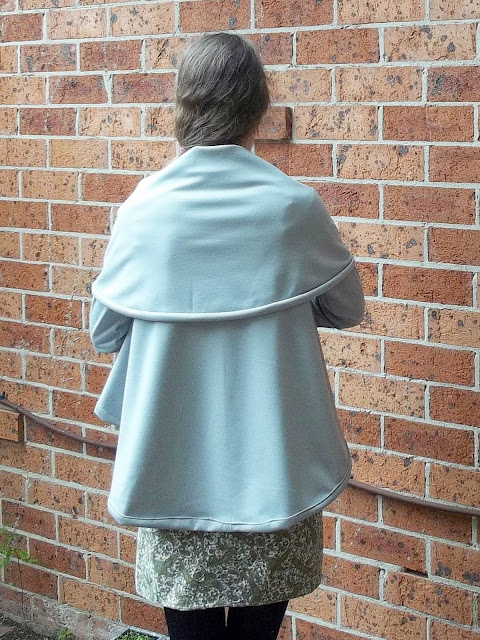 What appealed to me about the Circle Top is how cosy it looked. I do like fit and some level of structure in my other clothes, but I'm a big fan of cardigans and jumpers that can be pulled around oneself, sleeves that I can pull down over my hands, and generally having cardis that are as blanket-like as possible. This pattern being a giant circle with long sleeves basically is a wearable round blanket, so it's great. It can be worn with the top half of the circle up like a hood or down like a cape collar, so it's nice and versatile. 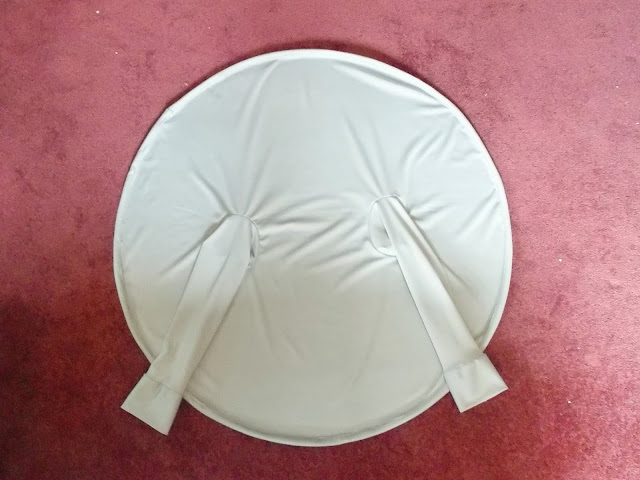 The fabric is just a basic dove grey ponte from Spotlight which I bought for this pattern. I wasn't entirely sure on how the size of this pattern would affect the drape, and I also wanted something that was still solid enough to definitely be durable. I thought a ponte would fit the bill well. And it didn't hurt that it was on sale. I chose a plain fabric because I wasn't sure how a print would turn out with this top, and the dove grey because it's nice and neutral but not drab. Although it does look a little like the killer in I Know What You Did Last Summer when viewed from behind with the hood up. 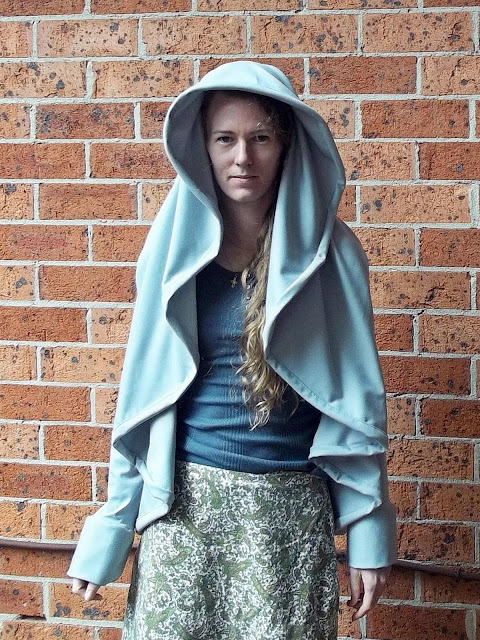 The pattern is rated rookie, and it really is. It'd be a great choice of pattern for a newbie sewist looking to learn how to use knits. Honestly, it took longer to cut out the pattern than it did to sew it. And half of the sewing time is attaching the binding to the enormous circular hem. Even setting in the sleeves, often really frustrating to do, was very simple. The stretch of the ponte definitely helped with that. but the sizing and shape of the sleeve piece was just right. 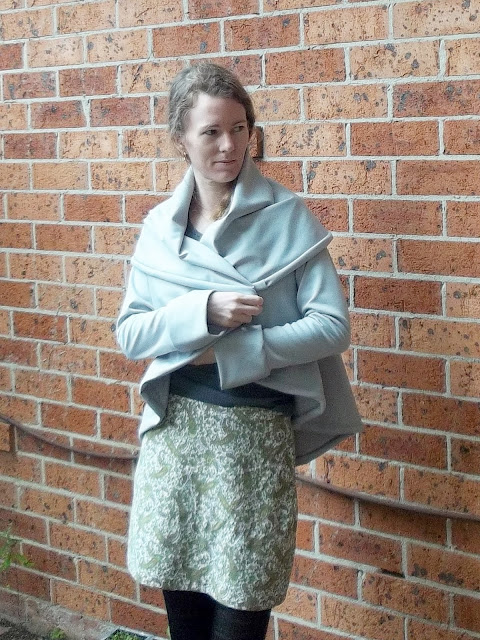 This was also my first time sewing with a ponte, and it was a good experience. I had previously sewn lycra and double knit, so it wasn't entirely new. And just like those fabrics, it flowed through my machine with pretty much no problems. The only slight issue was on the hem binding, which is made of three pieces then sewn onto the top. That means that at the seams there are quite a few payers of fabric. My Janome handles those sorts of things, but it does let me know they aren't it's favourite thing to do. But, as long as I slow down and pay attention, it works fine. 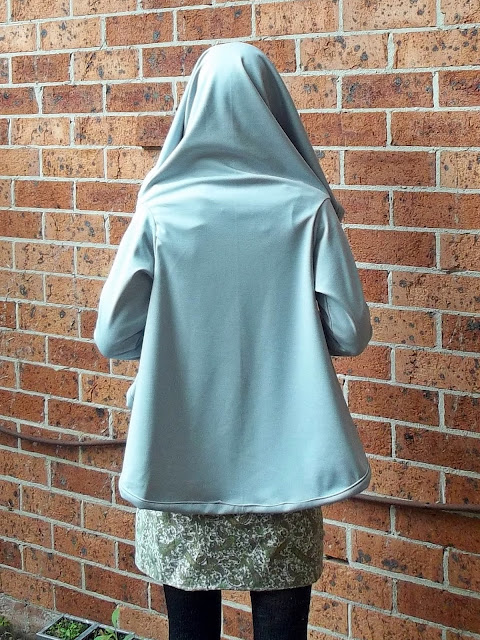 I really enjoyed this. It's a quick make, comfortable and easy to throw on with anything.I most likely will make this again, and probably experiment with something other than a ponte. I also might move the sleeves up an inch so that when I put it up on my head as a hood it doesn't fall all the way in front of my eyes. If I make a summery lightweight version I'll also move the sleeves in a teeny bit so that the seams sit on my shoulders, rather than just off as they do on this one. 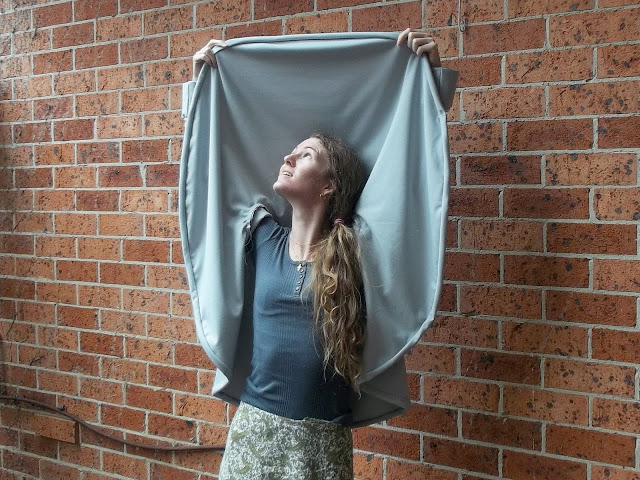 Posted by Antipodean Stitcher at 21:34