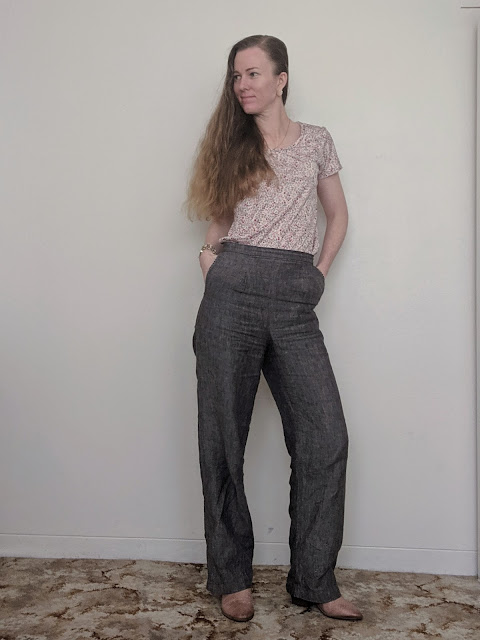 And a third Me Made May post! I made these trousers in the summer to be a lightweight pair to wear to work on hot days. But they are still getting wears little more than a week before winter because the temperature hasn't cooled down yet. They're soft and light and very easy to wear, work appropriate but not overly formal. The top was also made a few months ago, mostly to wear to work but also as a step above casual. 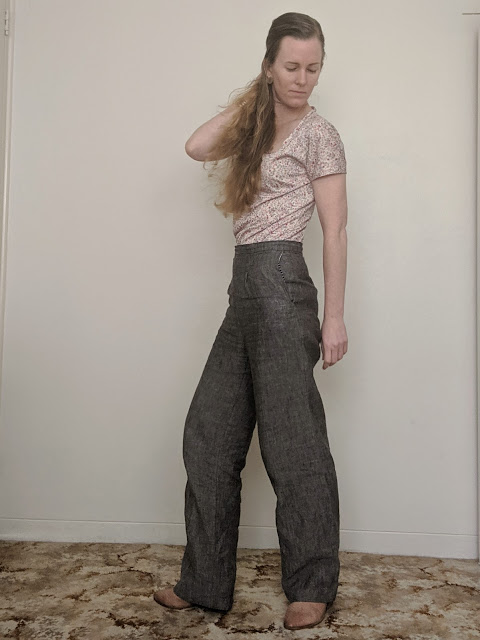 I'm pretty sure the fabric for the trousers is a linen/cotton blend. I bought it as a remnant from an op shop for $2 and there was no tag or detail, but it feels and looks like linen but without so much creasing. I did a burn test and it turned to grey ash, so it is either cotton or linen or a combination. Luckily because it isn't pure linen they don't crush too much, but they do show some creases by the end of the day. 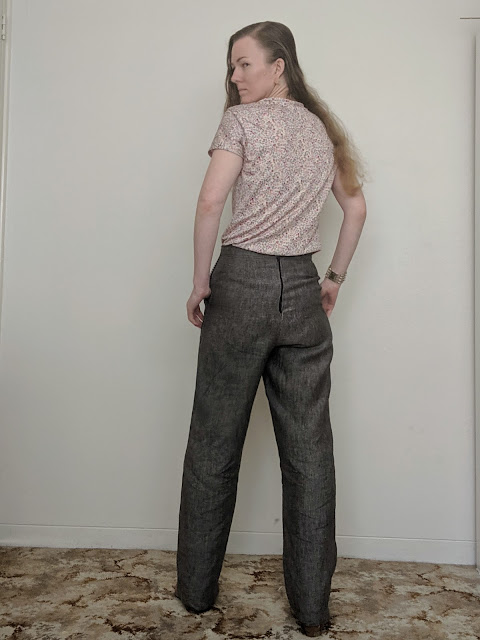 The pattern is Simplicity 8243, a 1940s blouse and trouser pattern described as 'sportswear'. While this is my first time making the trousers I have used the pattern before, making the blouse as my Liberty Blouse. They are a vintage pattern but they don't look costumey. The line drawings on the pattern envelope make the trousers look very loose and wide-legged, but they are actually fairly fitted from the waist to the hips. I noticed the same thing when I made the blouse, the 1940s illustrations are more exaggerated than the final product. 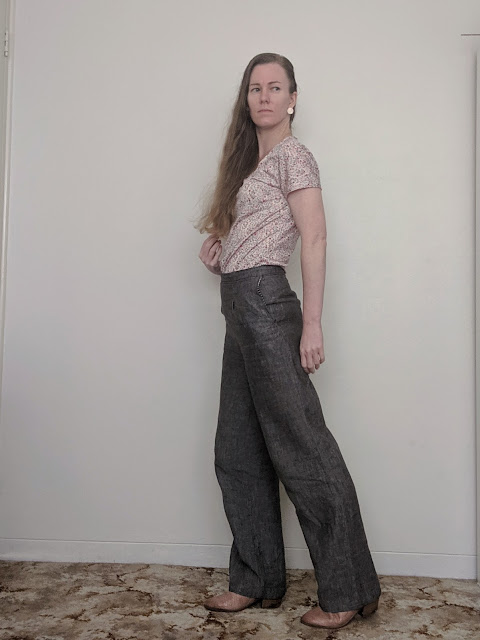 These are very simple trousers, wide, straight legged, with small pleats at the front. The pockets are stitched closely in to the side which holds them a bit too tight, unfortunately as with so many women's patterns they are also on the small side. The trousers have a centre back invisible zipper and a hook and bar at the waistband. The zipper is an invisible zipper, but I didn't have an invisible zipper foot so it isn't the best insertion, but at least being charcoal in colour it doesn't stand out too badly. Because the fabric is a linen blend all the seams are overlocked to prevent fraying. 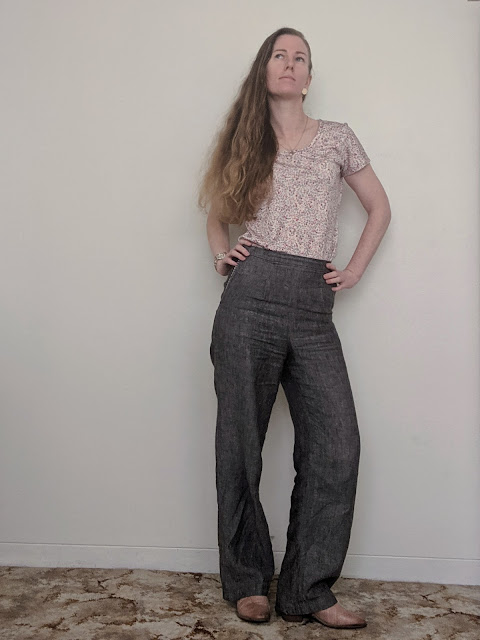 The top is the Tonic Tee from SBCC Patterns, made in a floral lycra jersey I got last year from a Spoolettes fabric swap. I'ts a very soft yellow-cream with a touch of pink, with small floral and leaf print. I made the extra small, which was the second smallest size. I chose that size as it's just a little looser which works well for a top that can be worn for work. Because it's slightly looser it looks better when tucked into something with a fitted waist. 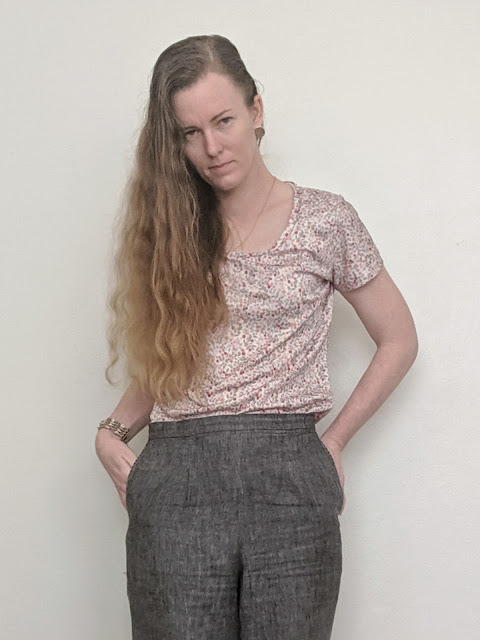 I've been wearing this top and trousers since I made them but only photographed them this morning. Me Made May has been good for getting me to get around to post my backlog of makes, as I document what I'm wearing each day. Whether I keep this pace up after the end of the month is a different question! 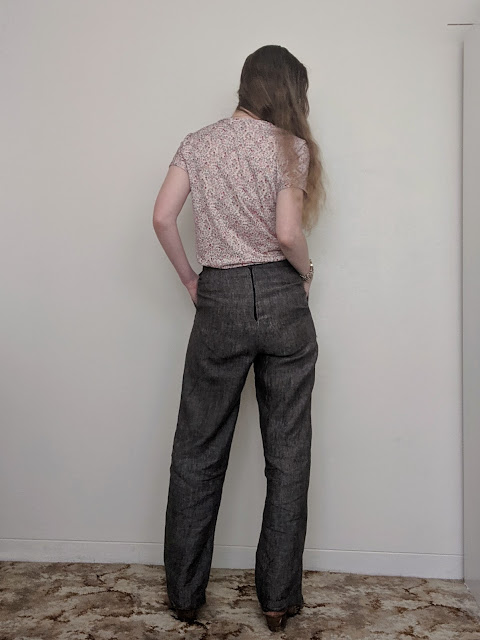 Posted by Antipodean Stitcher at 05:15