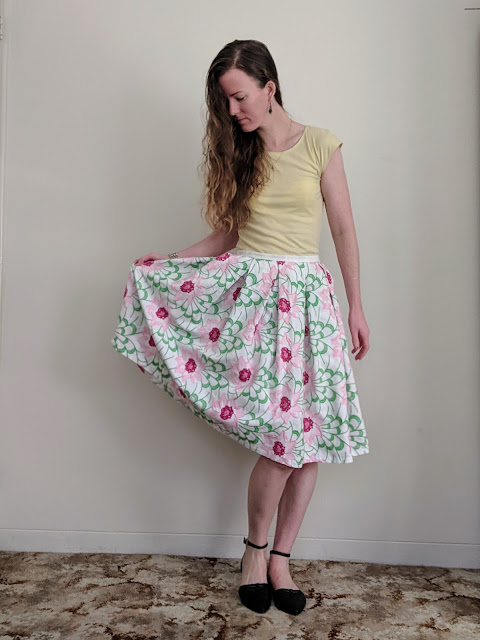 This is my second Me Made May post, but this skirt is not a new one. This was made last year in October. I even took photos of it, but didn't check any of them until after finishing when I discovered none of them were full sized or properly framed. For some reason it has taken me until now to get around to photographing it again even though I've worn it frequently. 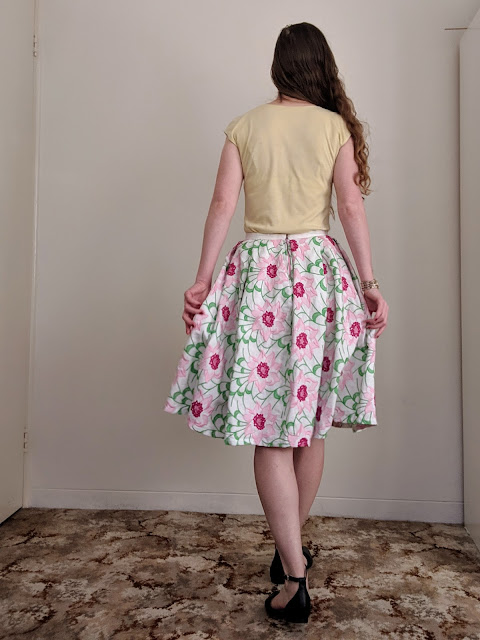 The fabric is from The Fabric Store and is a gorgeous embroidered linen cotton. It was such an eyecatching fabric that I picked it up. I knew the fabric needed the be a skirt to take advantage of the print without the garment being overwhelming, and I didn't want to make anything complicated to take attention away from the embroidery. I thought a simple skirt, that was gathered or pleated in some way, would be the right way to use the fabric. 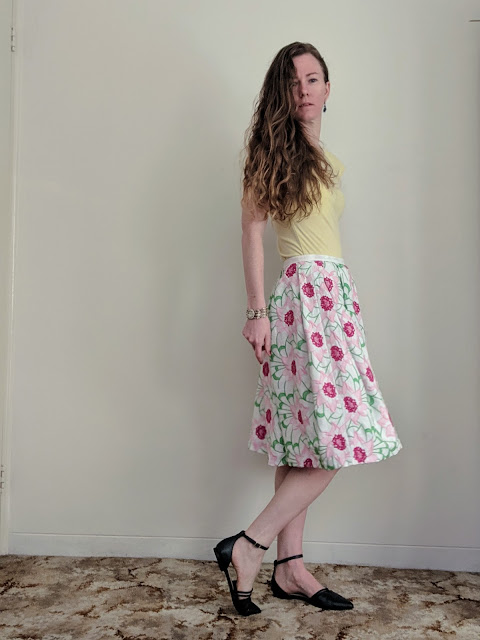 I bought a one metre piece, and the fabric was about 1.5 metres wide. Because my idea for the skirt was something fairly simple, the only decision I needed to make was which way to cut it. The embroidery is in staggered rows down the length of the bolt. My original thought was to cut lengthwise in between the rows because I was nervous about cutting through the flowers, but when I held the fabric against me to check how it looked it just didn't seem quite right.  When I turned it the other way, it looked great. 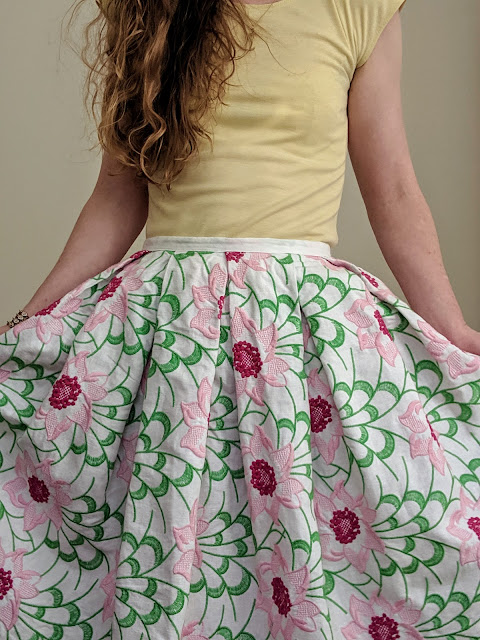 I had been very nervous that cutting through the embroidery would cause it to fray and fall apart. But using my overlocker to finish the edges of the fabric on all sides helped to stabilise the print. I decided to pleat rather than gather to minimise the bulk around the waist, and to allow the embroidery to feature as clearly as possible. 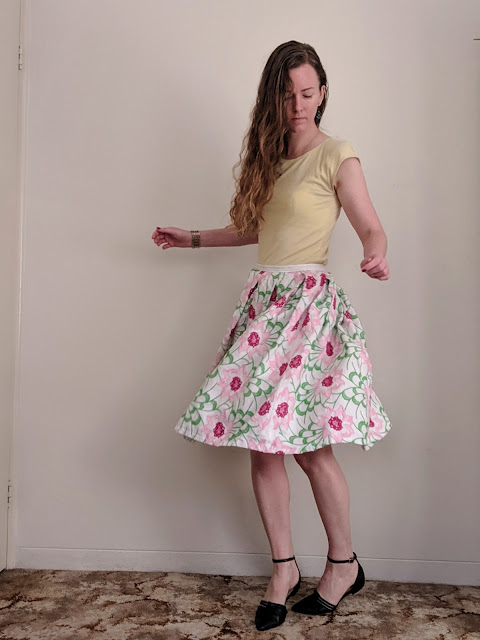 I inserted the zipper first and then used pins and my dressmaker dummy to pleat until the skirt fit. The skirt has a circumference of almost 2 metres but my waist is only 60cm, so there was a lot of pleating to do. The pleats had to be overlaid on each other to get it down to the right size. There was a fair bit of trial and error in the size of the pleats and how far to overlap them until I got it right. To hold it all in place I hand basted, machine stitched two rows of stitching, and then covered the waist with blanket-width bias binding. 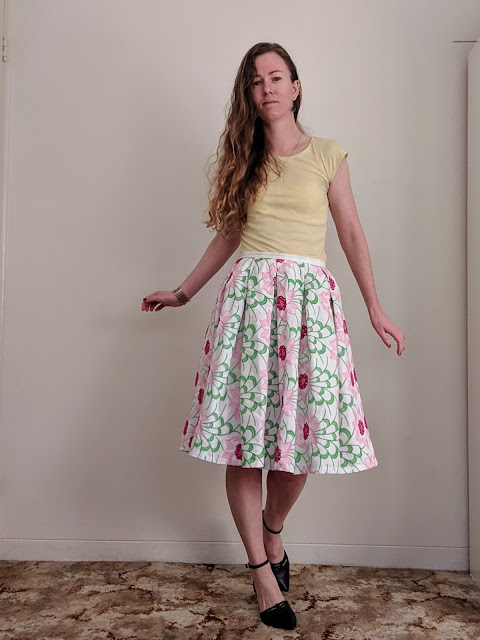 Because there's a lot of fabric the skirt is quite heavy to wear. But it is fitted well so doesn't slip down. The pleating also gives the skirt a slightly full shape which swishes and moves when I walk. This skirt should have made it onto the blog ages ago, and has already had many wears. Hopefully it will have wears for many years to come! 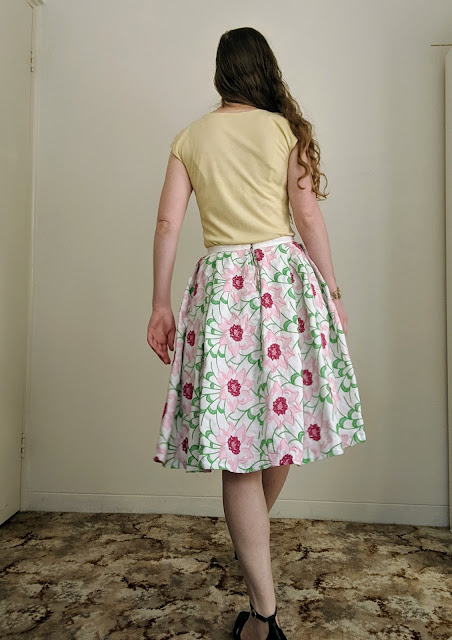 Posted by Antipodean Stitcher at 06:15