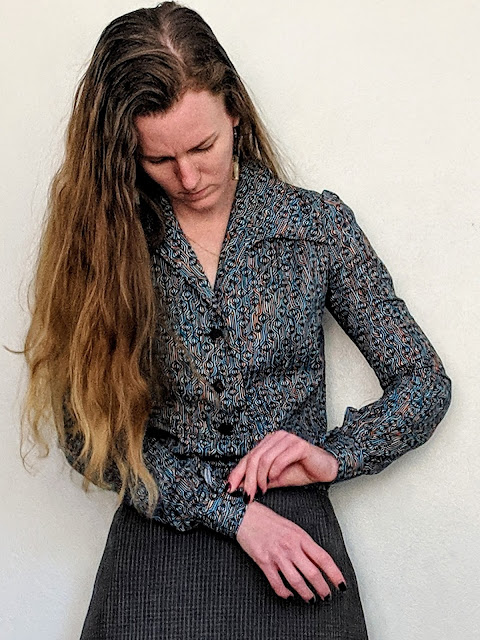 Although it's been a while since I posted, I have done a fair amount of sewing in the past few months, and even photographed a few things, but haven't gotten around to editing the photos and writing about them. This blouse is one I started making in August, although it took over a month to finish. 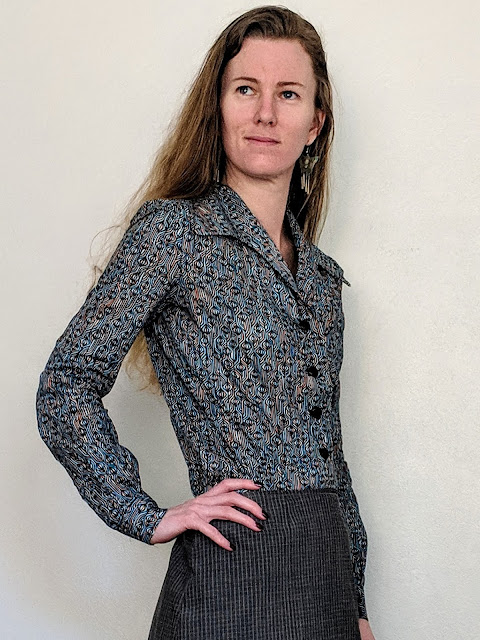 The fabric is a Liberty of London Tana Lawn from The Fabric Store. The print on the fabric has an art deco feel, so my initial plan was to use a 1930s blouse pattern. Unfortunately the only 1930s blouse pattern I own needed much more fabric, so I took a look back through my patterns to find something more classic that would let the fabric do the talking. 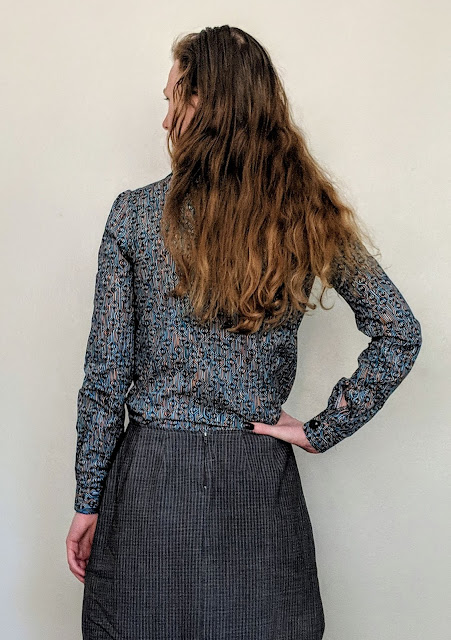 The pattern is a re-released 1940s pattern from Simplicty, number 8243. Despite the stylised art on the pattern envelope, the sleeves are nowhere near as full. I was almost unsure about using this pattern because I didn't want big sleeves, but in the end the fit of the pattern was much slimmer than the drawing suggested. 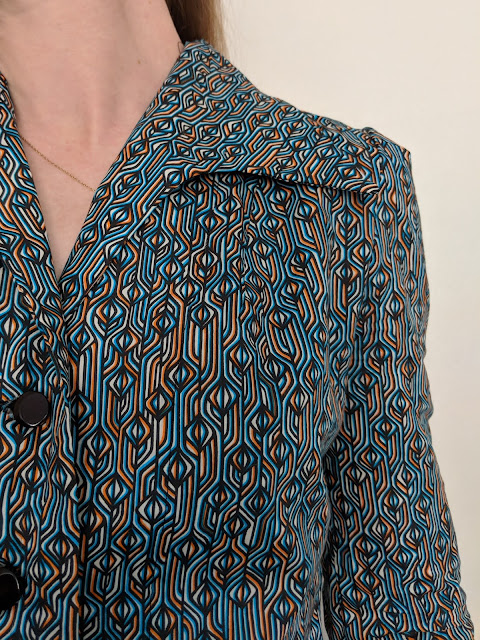 While the blouse mostly sewed up very easily, one of the buttonholes on the sleeve cuff was very petulant. Part of the difficulty was that the cuffs are close fitting, so the buttonhole needs to be close to the edge. This meant that if I wasn't careful I'd sew over the seam allowances inside the cuff which pushed my stitching out of line. Fortunately, after two failed and unpicked attempts, the third try worked and I was able to finish the blouse off 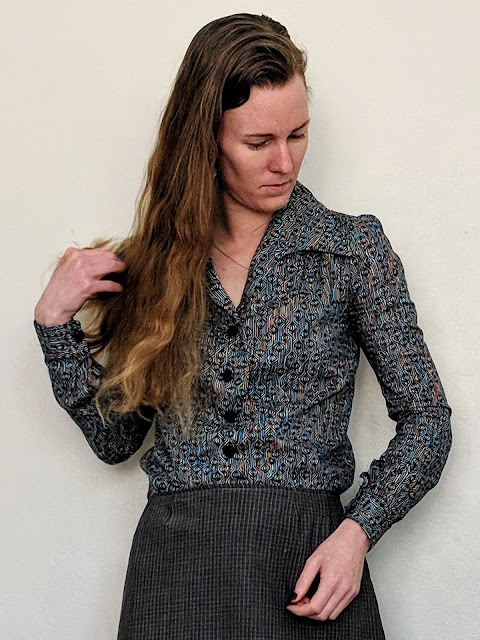 It took me longer to finish this blouse than I'd planned because of the problems with the cuff. I had worried that I wouldn't finish it in time to wear before the weather warmed up, but since finishing I have been wearing it to work regularly. The Liberty fabric is soft and comfortable, so it's still comfortable to wear the long sleeved blouse in Spring. 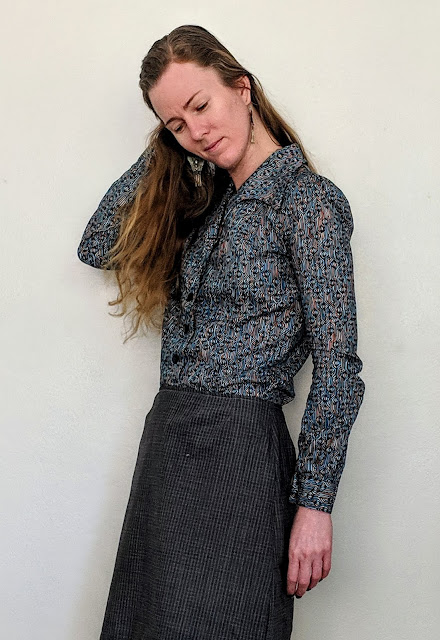 Posted by Antipodean Stitcher at 05:14