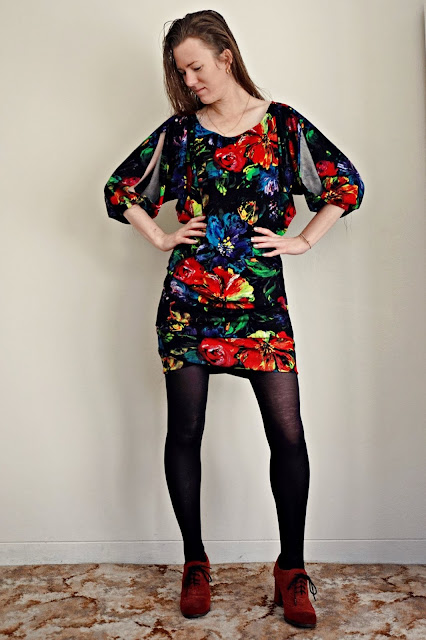 I'm often a bit lazy with my sewing. I don't like changing my needle, so if I've put in a jersey needle I generally try and make a few things before changing the needle again. So when I made the side drape merino dress I went through my stash to look at other stretch fabrics I could sew up. One thing I pulled out was a heavy black and floral jersey. The pattern is another one from Drape Drape 2, the two-piece open batwing dress. 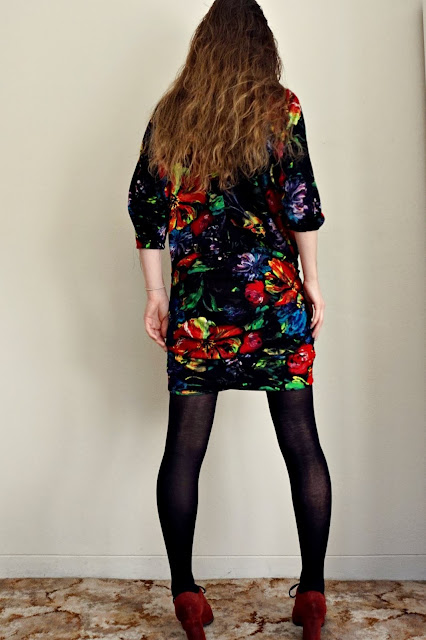 The fabric was from a Sydney Spoolettes fabric swap last year. I picked it up and put it down a few times, because I wasn't sure what I would do with it. It was a very large piece (1.5m by over 3m), a fairly thick jersey and quite a large print, so it needed a winter pattern that was big but wouldn't be overwhelming with the print. 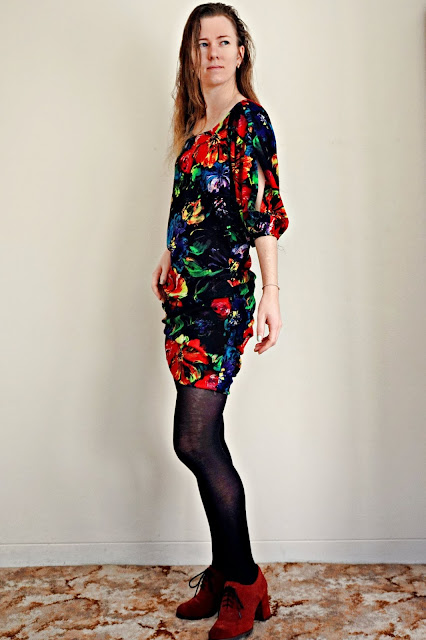 Given I'd only just finished making something from Drape Drape 2, I'd already been looking through that book and it was fresh in my mind. It has two different batwing dress patterns, both of which I liked, but the other one looked like it needed a lighter weight jersey so I chose this one. 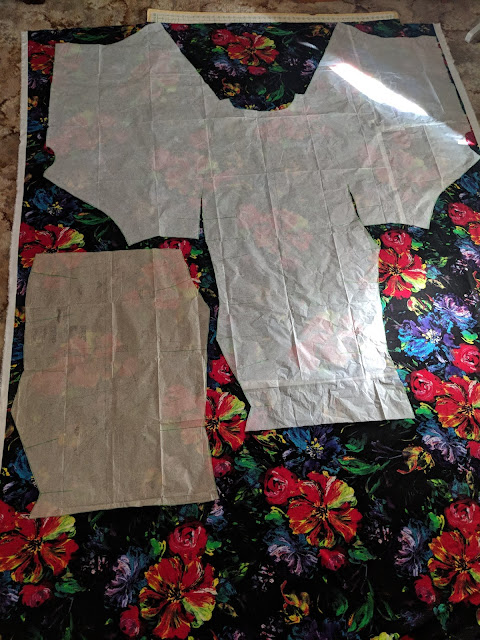 The pattern pieces for this dress are incredibly large and strangely shaped. Tracing them out was complicated, as there are multiple parts to join together, and it being a Japanese pattern there are many different patterns overlaid on each other on the page it can be hard to identify the correct lines. And the pieces couldn't even fit on a single piece of pattern paper, so there was lots of cutting odd bits off the side and attaching them on edges until I had what looked like a bat in flight. 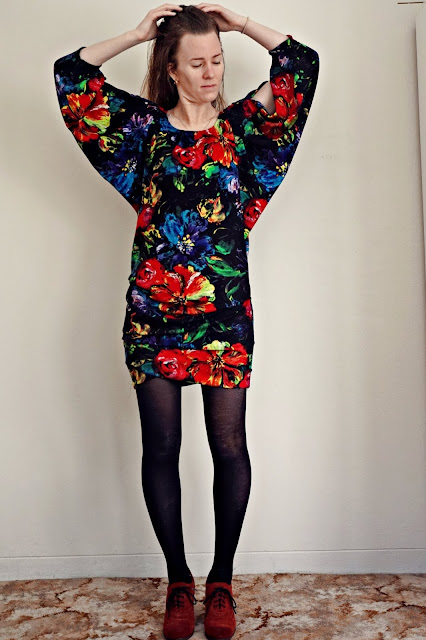 Surprisingly, when I laid the pattern pieces out on the fabric, there was actually a fair bit of fabric left over. Yet the main piece, which makes up the front, sleeves, and upper back of the dress, was taller than me - not including the sleeves. The pattern pieces aren't only large, they have some strange angles which go in to making the gathered skirt, so it requires a lot of pins to cut out. 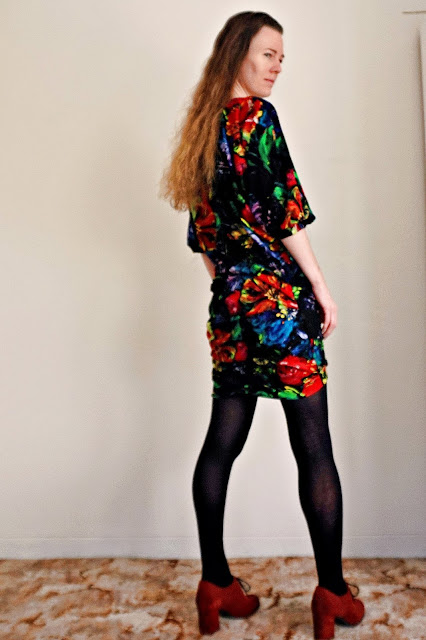 There are only a handful of steps to sew this pattern up and turn it into a mid-thigh length dress. The main thing to do is gather up the sides, which transforms a person-high piece of fabric into a skirt. The pleats on each side are sewn first, then the centre back seam, and the lower back piece is joined on. For the sleeves, the cuffs have pleats in them but were still a bit too loose and looked overwhelming with the large amount of fabric, so I added an extra pleat to make them slightly fitted at the cuffs. 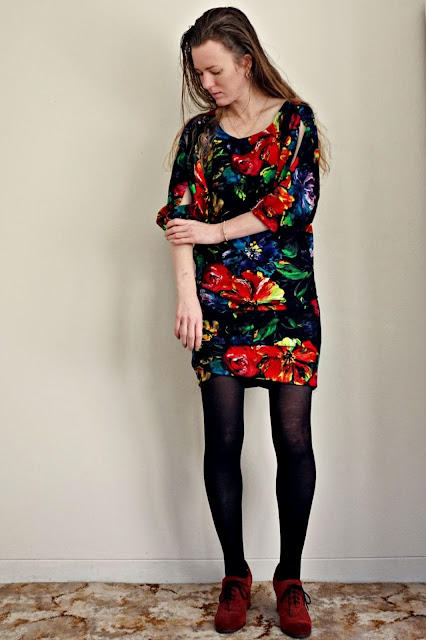 I finished the dress a couple of weeks ago but haven't worn it yet. It's thick jersey, but the open sleeves mean it isn't really warm, and it sits somewhere between casual and dressy so I need to work out what it would suit. But I do like it and did enjoy making it. 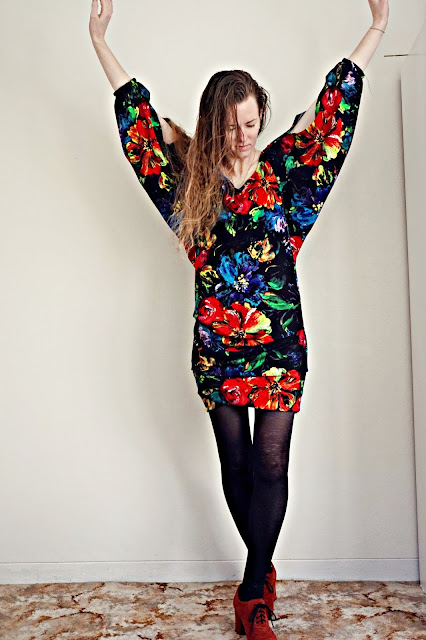 Posted by Antipodean Stitcher at 06:31