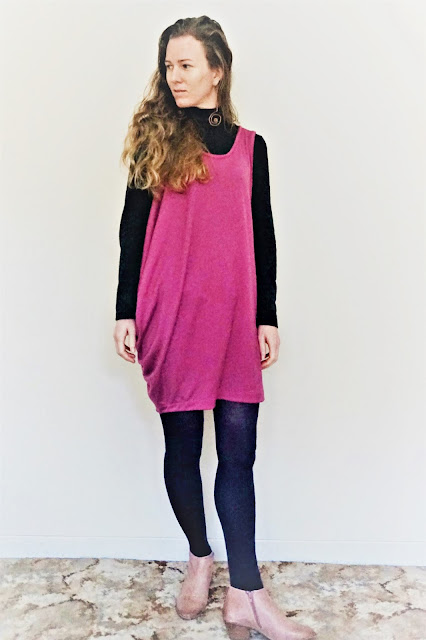 Only 18 months ago I'd barely used merino and was daunted by the prospect; now I've sewn it a bunch of times and it's my favourite stretch fabric to use. It's soft and moves smoothly through the machine, and I've never had problems with it getting caught or skipping stitches. This dress and top are both in lovely merino from The Fabric Store. 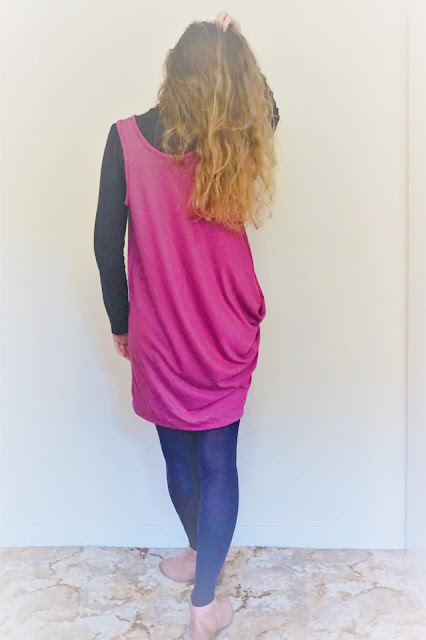 The dress pattern is the one-piece side drape tank from Drape Drape 2. The pattern, as with many in the Drape Drape books, is a strange shape. This one is also very wide, and even though my piece of fabric was the size it called for it wasn't quite wide enough, so I had to fold it in slightly. This means the side drape is about an inch less than it should be, luckily not enough to make a noticeable difference to how the dress drapes. 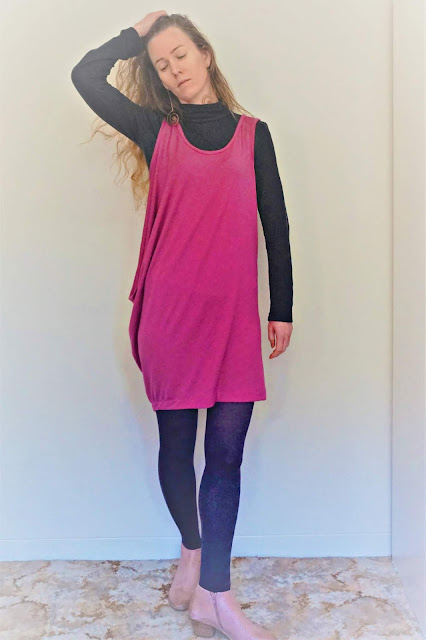 Sewing the dress probably took less time than tracing and cutting out the pattern. The dress itself is all one piece, plus three strips to finish the neckline and armholes. It's sewn up very quickly, one shoulder seam, one full side seam, one half side seam, a hem and the finishings. The ease of sewing it matches its ease in wearing. The dress isn't fancy by any means, but it looks a step above casual. It sits in that secret pyjamas spot of being very easy and comfy but looking like you've put in more effort. 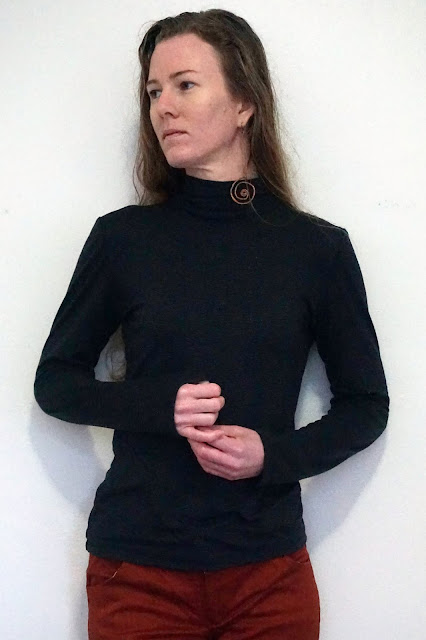 The skivvy was made back in February to take on holiday and was definitely useful in southern Patagonia. I didn'tuse a pattern for it,just traced out from some previous long sleeved tops I'd made. I thought about buying one because there are a few nice indie ones, especially from Papercut and Named Patterns, but I was making this fairly last minute and didn't feel I had the time to get either a paper pattern or print out and put together a PDF. It largely worked without a pattern, although the neck band is slightly tighter than ideal, but I can still get it over my head which is the main thing. 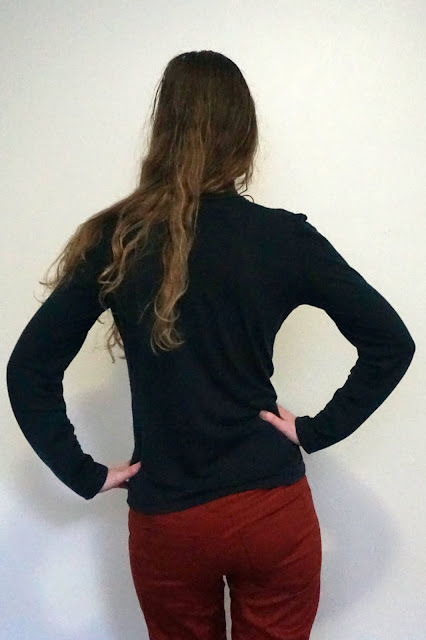 The skivvyis actually black and charcoal stripe, but they're narrow stripes so it doesn't really show up in the photos. Both the dress and skivvy are very comfortable and versatile to wear, together or separately. The dress can probably get worn through most of the year given that it's sleeveless. The merino is warm when worn with a long sleeve top and tights, but it's also breathable so could be worn on its own. 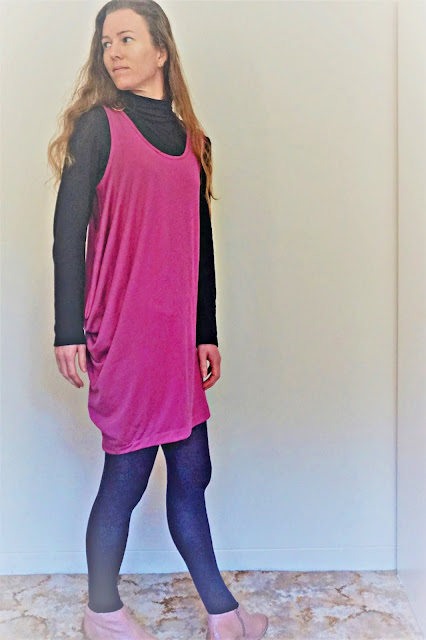 Posted by Antipodean Stitcher at 06:13