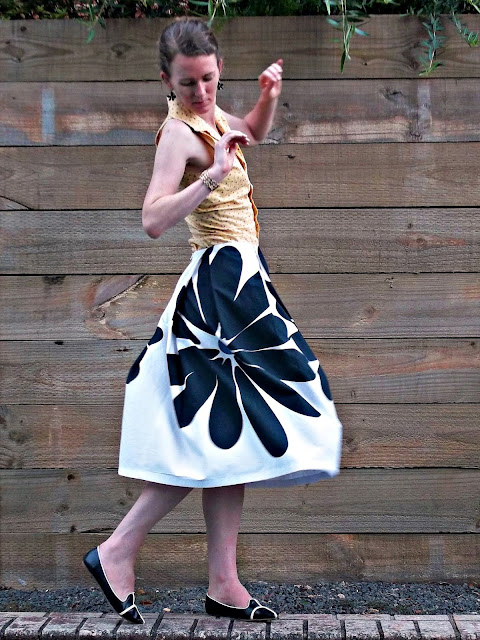 Floral prints seem to be in at the moment. At least I've seen a lot on sewing blogs, in fabric stores, and in the windows of clothes shops. But I haven't seen so many giantly oversized florals like this 1950s-feel midi skirt. So I guess this skirt is both on-trend and individual. 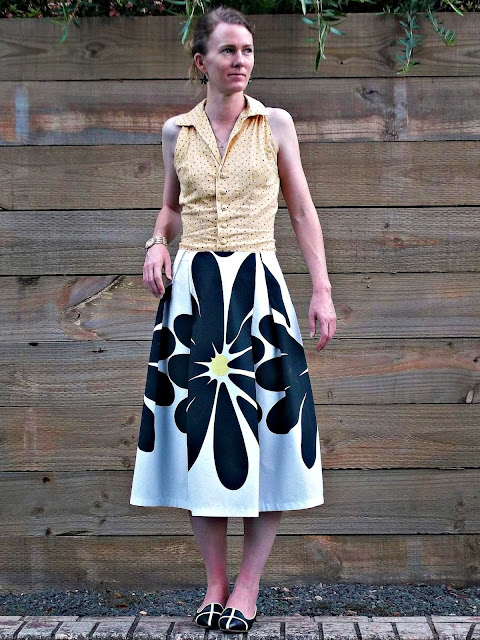 The fabric is an old doona (quilt/duvet) cover I picked up at an op shop a few years back. Op shops can be great places for fabrics, and very cheap too. When I picked it up I didn't realise it was double sided - this skirt is only one quarter of the fabric. As soon as I saw the doona cover in the op shop I thought the giant flowers would look great as a skirt, but when I realised there were a total of twelve flowers, I thought I should come up with something that used more, if not all of it. But I didn't have any ideas, and so I put it away, buried in my overflowing fabric drawers. 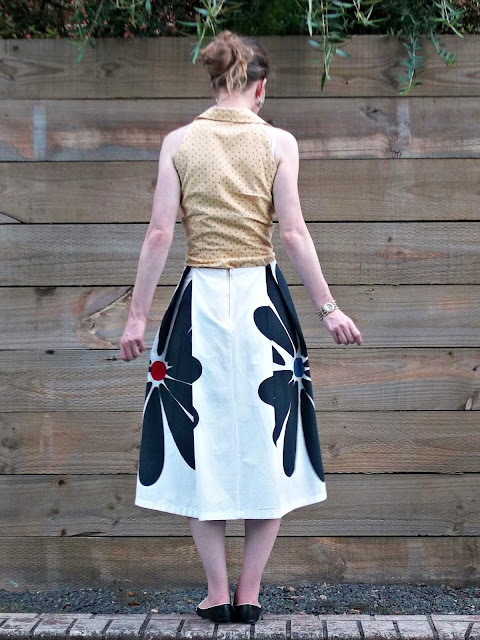 From memory there was no label on the doona cover when I bought it, but the print seems to me to be a bit Skandinavian. Whether it is Ikea fabric or just trying to look like Ikea and Marimekko prints, it has that sort of style. Each flower has a different coloured centre: yellow for the centre front flower, red for the left, blue for the right. 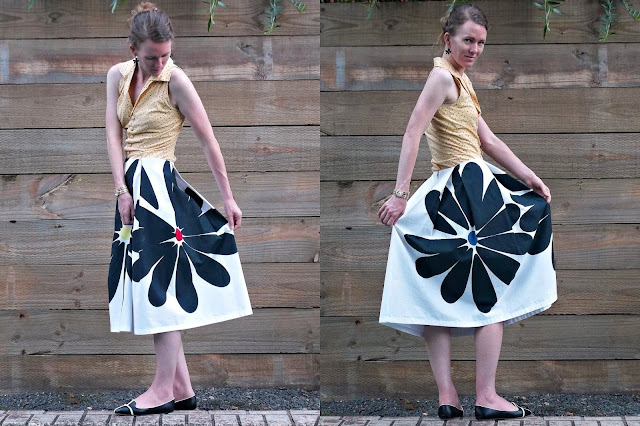 The skirt itself isn't really that exciting. It's self-designed, and without any measuring at all. I simply sewed up the back seam leaving room for inserting the zipper, and then went to work pinning it on my dressmaker's dummy Ilse-Jane. I eyeball measured to try and keep things even, although the side pleats are narrower than the front and back pleats. But the large-scale print means that these slight differences don't really matter - the flowers still stand out anyway. I hand-stitched the waistband down so that I only stitched through the insides of the pleats, allowing the pleats to stand out and so that there was no visible stitching line through the tops of the petals. 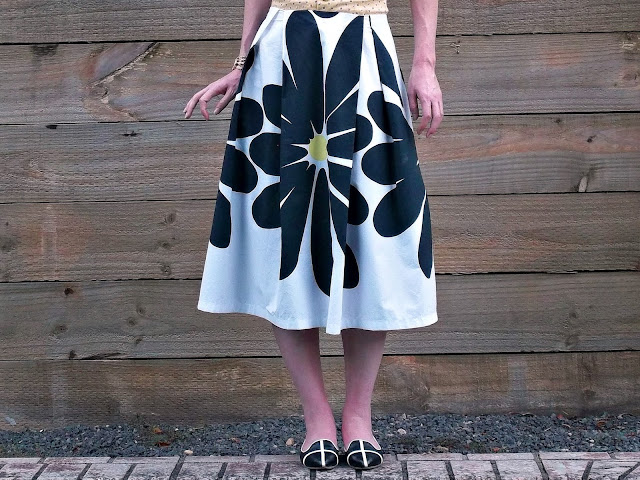 I have to admit that generally, the midi length isn't really my favourite. I think it can look a bit odd, either like a child playing dress ups in their mum's clothes, or  a kid wearing clothes they've outgrown. But with this print I really had no choice. There was no other way to show off those giant flowers. I do like how the length looks, I really do think it suits the print, but the length still isn't something I normally wear, so it is going to take some getting used to. 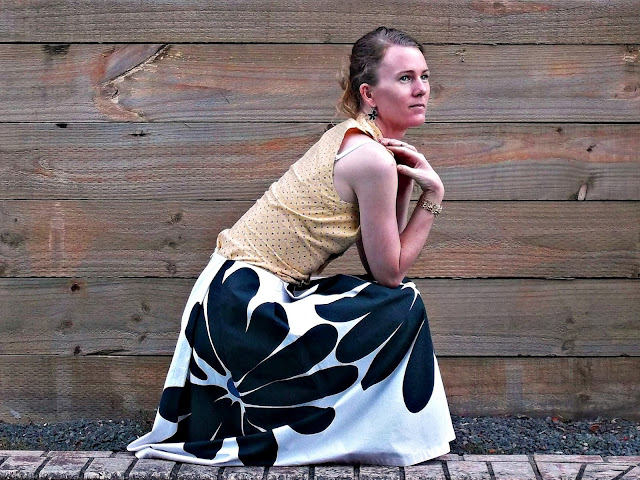 Although I'd had this fabric for ages and had known exactly what I'd wanted to make when I saw it, it took somewhere around 4-5 years to get around to making it. I do still have three quarters of it left (anyone want it?), but I have been thinking about the need to sew my stash, rather than just buying more fabric. And especially making something like this, which was not only something I'd already completely decided on but was also extremely quick to make. 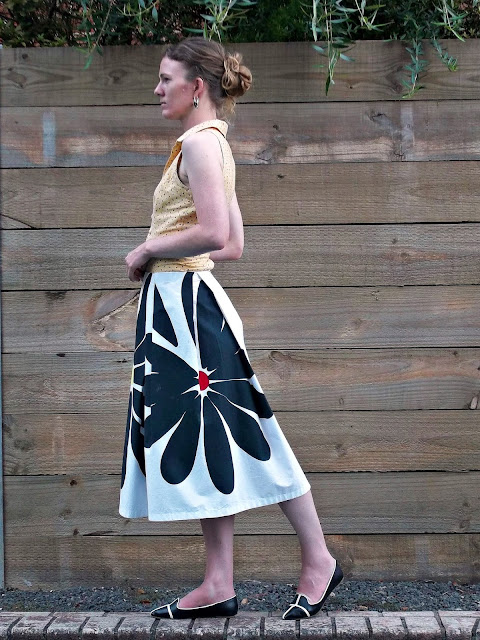 Posted by Antipodean Stitcher at 00:53