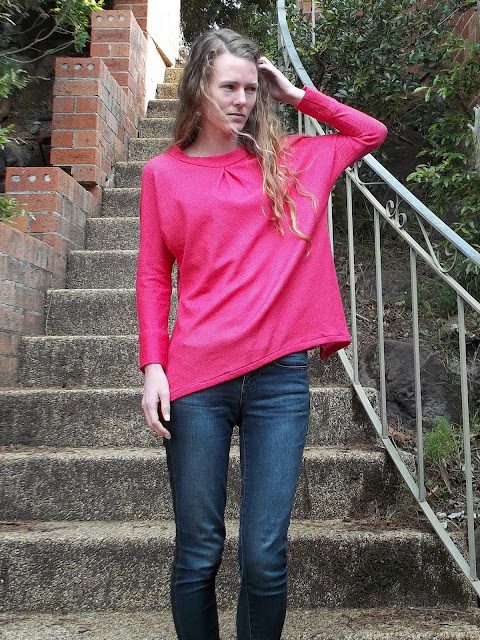 The weather is warming up, so this might be the last winter item I blog this year. The pattern is an adjusted version of the Fave Top from Tessuti Patterns. It's a one size pattern and designed to be oversized, so was initially far too overwhelming on me. I trimmed it in, also giving it slightly longer sleeves in the process. This was a bit of trial and error, cutting off a bit more and a bit more until it no longer seemed like I was a toddler playing dress-ups. 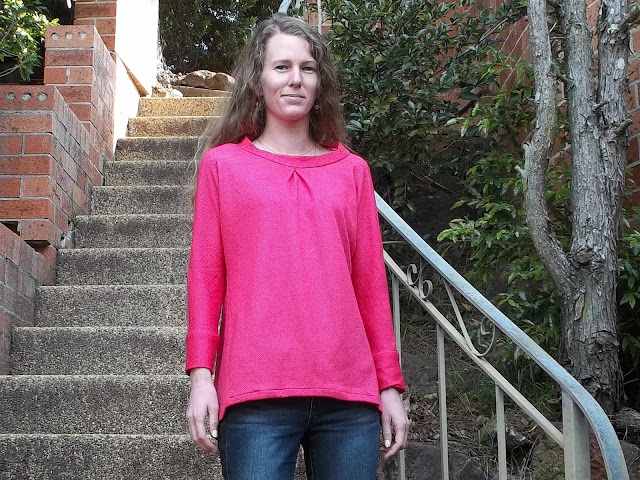 I added cuffs to the ends of the sleeves to make it properly long sleeved and wintery. I did initially stuff up the neckline, though. I wanted to make it more of a boatneck but cut it a little too wide so it was wanting to slip down off one shoulder. Combined with the batwing top it was all a bit too '80s, especially as my hair doesn't take much to be '80s fluffy! So I added a small foldover pleat to the centre front and a neckband to bring it in a little and keep it on my shoulders. It's still a loose neckline, but not falling off any more. 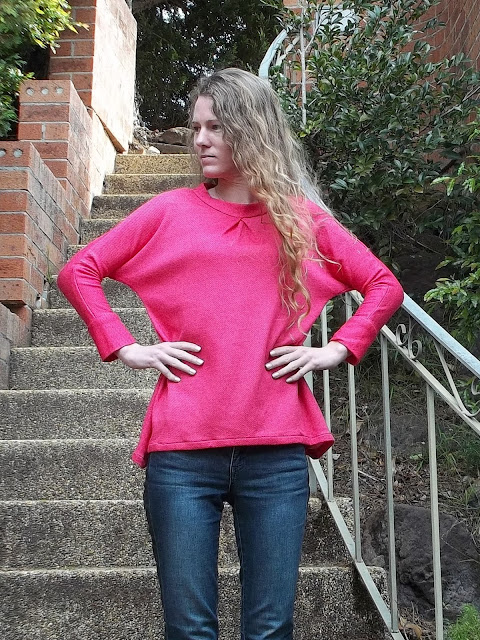 The fabric is a merino from The Fabric Store, and is lightweight but still relatively warm. I was a little daunted to sew with it, but it wasn't too bad. It behaved itself very well in my machine. Plus, it was on sale so I hadn't spent too much money on it! 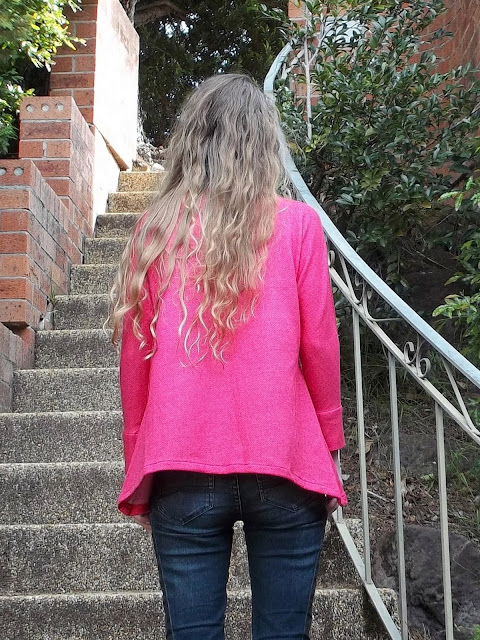 I finished this top over a month ago, but it's taken me a while to put it up. Honestly, it's turned out just how I'd envisioned it, but when I put it on after finishing it I wasn't excited by it. It matched pretty much exactly what was in my head (the sleeve cuffs were meant to be maybe half an inch shorter, but that's it) but I didn't feel as good about it as I thought I would. I'm not normally one to wear oversized and untailored styles, so this top is a departure for me (apart from it being bright and colourful), so it took a few wears to get used to the shape. 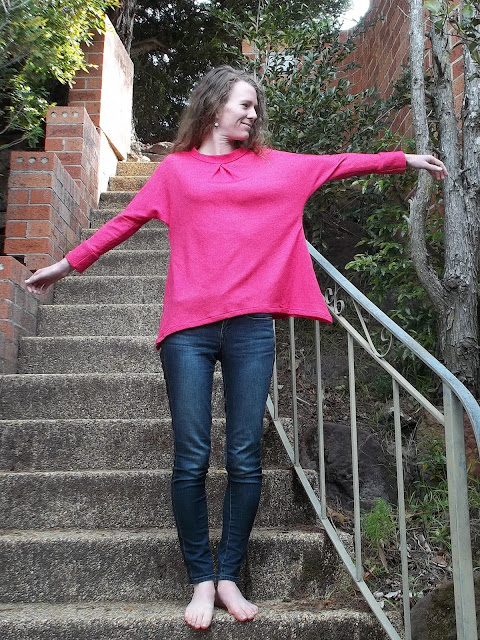 This is actually the second lot of photos I took for this. The first were taken at a different spot and on a very sunny day and were all either far too bright or completely washed out. This time it was a slightly cloudy day and I waited for the sun to be off to the side behind some trees, and they've turned out much better. 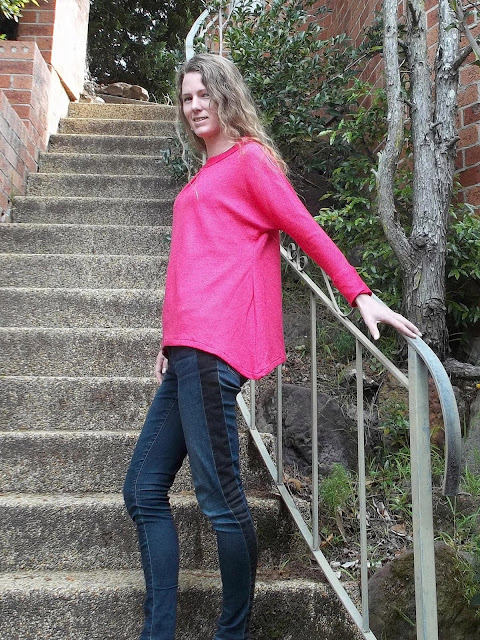 The pink is very pink. It's been a while since I sewed a pink this bright, but I have sewn with a lot of pink fabrics in the past. At one point I banned myself from buying any more after noticing my excessive pinkness in the line at Lincraft. It was winter, so I was wearing my coat which is fuschia lined with hot pink satin, my phone at the time was pink, I was wearing pink tights, and two of the three fabrics I was buying were pink. I decided I needed to stop being the pink sewing Barbie, and didn't allow myself anything pink for a year. I do now try and be more varied in my colour choices, but was never going to be able to resist something as fabulous as this. 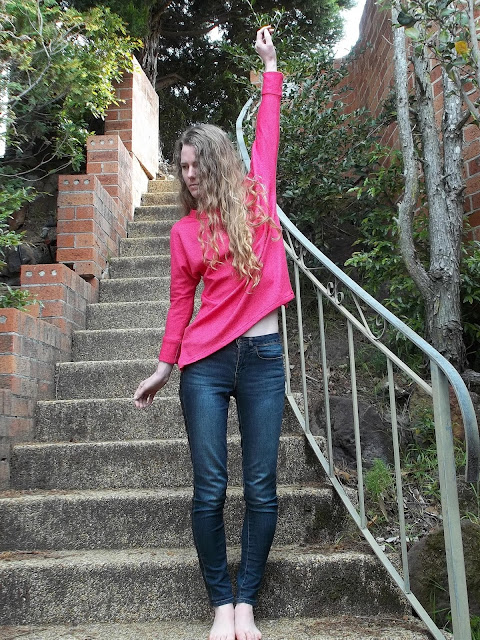 Overall I'm pretty happy with this top. A few things I've made this year have been outside my normal style comfort zone, and it is fun to experiment with different shapes. But it does take getting used to. And because I am, well, child-sized I do need to do adjustments when making something loose and oversized like this. Still, it's turned out well and is very comfy, which is the most important thing.

Posted by Antipodean Stitcher at 18:48