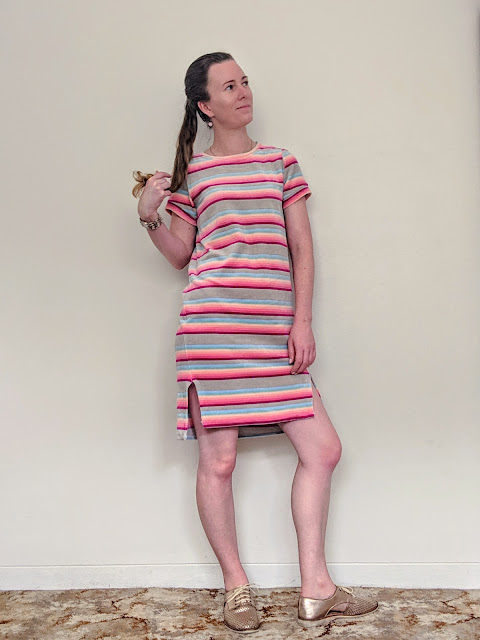 My second make for 2019 is the Inari Tee Dress by Named Patterns. I'm a few years late on making the Inari compared to much of the sewing community, but bought the pattern when Named had a pattern sale mid last year. It was winter here when I bought it, but now that it's summer I decided it was time to make it. 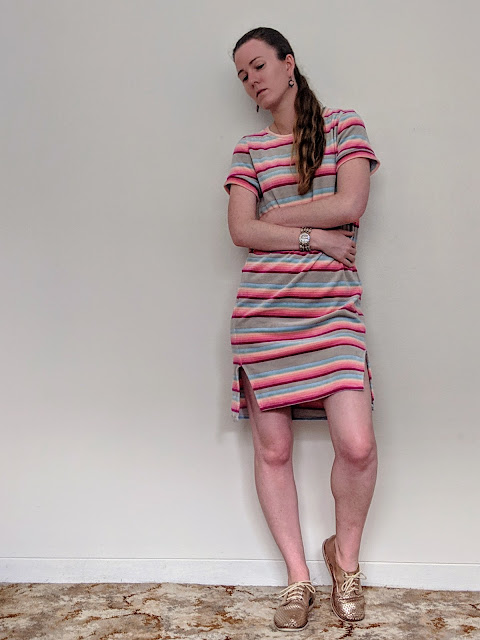 The fabric, from The Fabric Store, is a beautiful velvety plush jersey. It's a Marc Jacobs fabric, rainbow stripes on a warm grey background. There's also a very fine silver stripe on either side of the grey stripe, but it doesn't show up as clearly in pictures. The fabric reminded me of 80s kids character Rainbow Brite, hence the name of the dress. 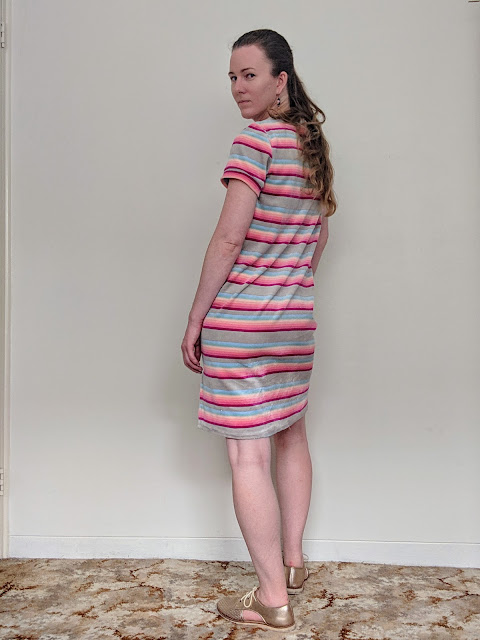 The fabric is wonderfully soft and sewed up quite easily, apart from the huge amounts of fluff. Especially when overlocking the seams. There aren't all that many seams to this dress but I still needed to clean my overlocker twice to get rid of all the fluff around the knives and needles. Even with the fluff, the fabric did not catch or slip on either my normal machine or my overlocker. 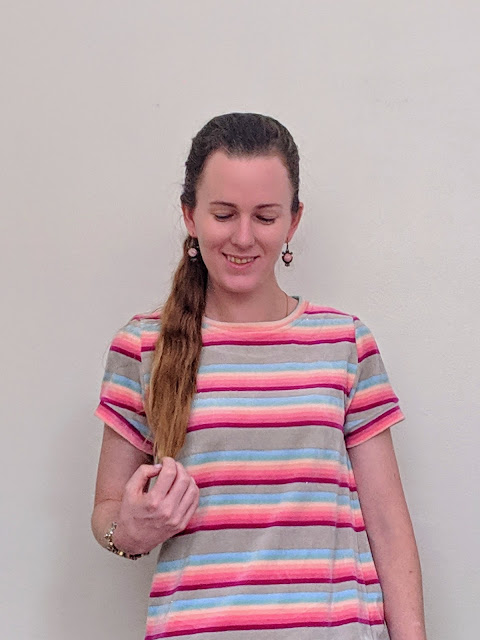 I did my best to pattern match at the side seams, but jerseys never quite cut out perfectly evenly so the stripes are a tiny bit off under the arms. The good thing with a knit fabric is that it's easy to slightly stretch one side so that it gets back in line with the other, so I made sure the bottom of each side seam matched and adjusted up the the underarm seam, so the more visible parts of the side seam have pretty much matched stripes and the parts that aren't seen unless I raise my arms are maybe a few millimetres off. 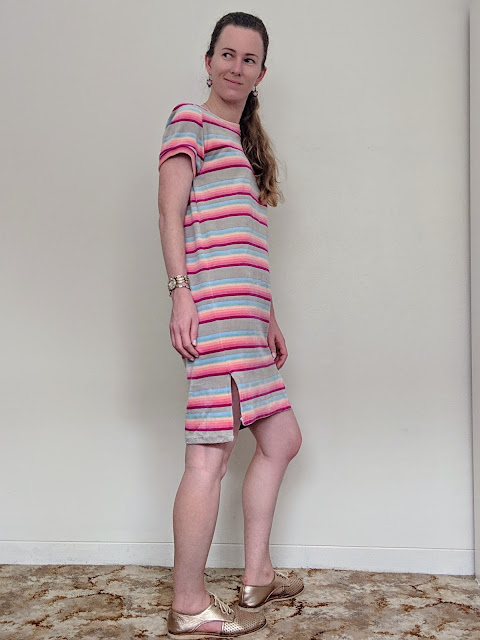 The Inari has a bit of an unusual shape - it's quite quite fitted at the neckline, sleeves and bust, almost tent-like through the waist and more fitted again at the hips and legs. The split side seams and shorter front hemline accentuate the more fitted bottom of the dress. This gives it a feel of being casual but not lazy, effortless rather than couldn't be bothered. I wasn't completely sure of the sleeves when I first finished the dress because the underarm is longer than the outer cap, but I'm starting to like it more now. 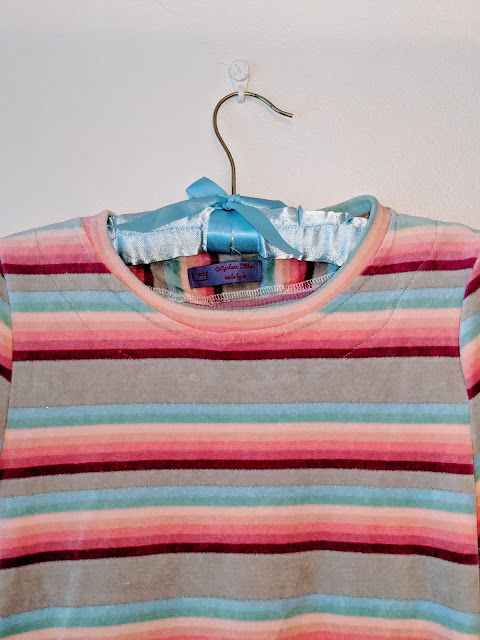 Because the jersey is effectively a velvet it is relatively warm. Even with the loose fit of the Inari, this summer of record-breaking temperatures has often been too hot for the dress. But on days where the temperature is in the mid-20s rather than the high-30s this dress is great. 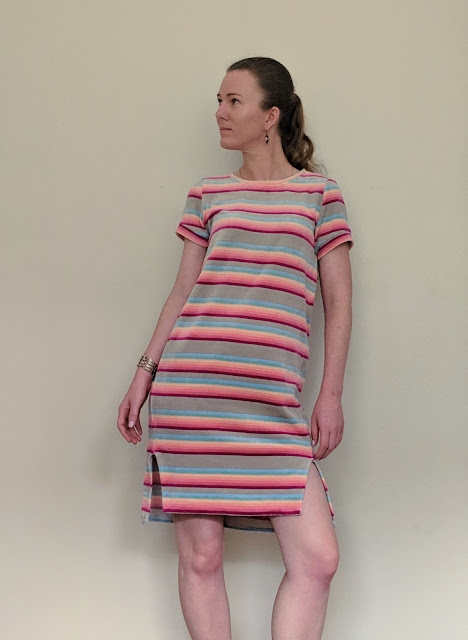 Posted by Antipodean Stitcher at 03:15