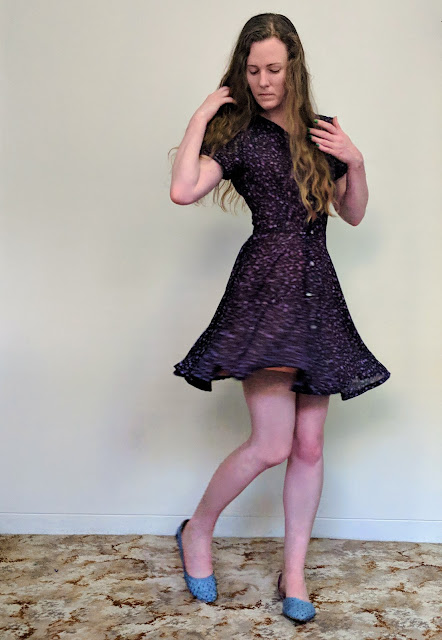 I had this dress planned for more than four years before I made it. I bought the pattern in early 2014. The fabric was purchased way back in mid-2012. I decided they belonged together when I got the pattern but didn't make it until a month ago. Although I didn't have an overlocker until last year, and it was definitely very handy in sewing up this fabric. 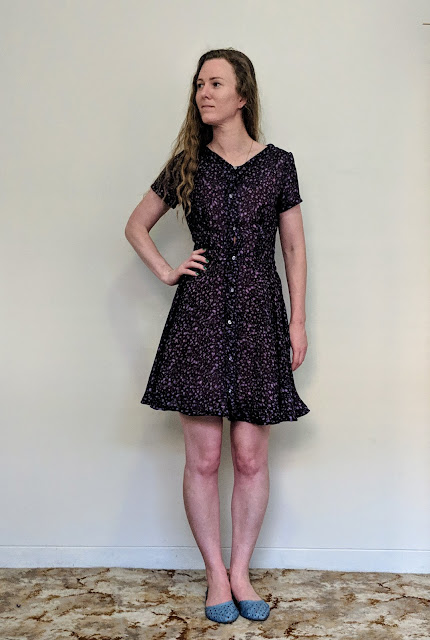 I bought the fabric in Benalla when I was doing my PhD research. Benalla was one of my case study locations, and on the last afternoon I had finished up and was filling in time before leaving the next day. There was a small fabric store in town that was in the process of changing over to selling rugs and curtains and getting rid of all their fabric for $5 per (very generously measured) metre. So of course I bought about 7 metres of various fabrics, and this is the last piece left. 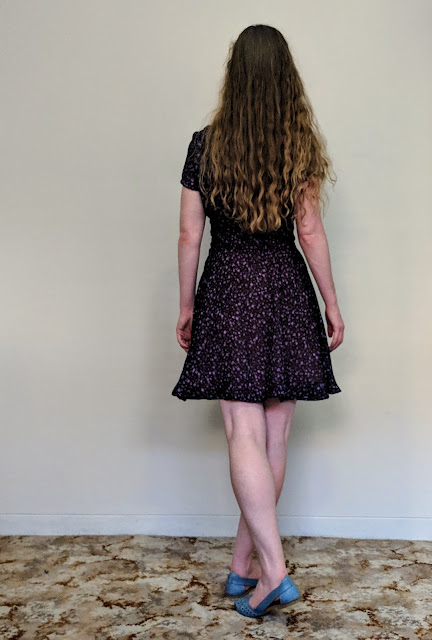 The pattern is La Sylphide from Papercut Patterns. I made a number of adjustments to the original pattern to fit the image I had for it, but nothing significant. I changed the darts from normal darts to tuck darts to give the bodice a slight blouson effect, which I felt suited the drape of the fabric better. I raised the neckline and removed the tie because I found it sat fairly low when I made the blouse version. I also shortened the sleeves to make it a summer dress and lengthened the skirt by about 2 inches because Papercut Patterns always seem to be made fairly short. Construction was still very easy, as Papercut have well-written patterns. 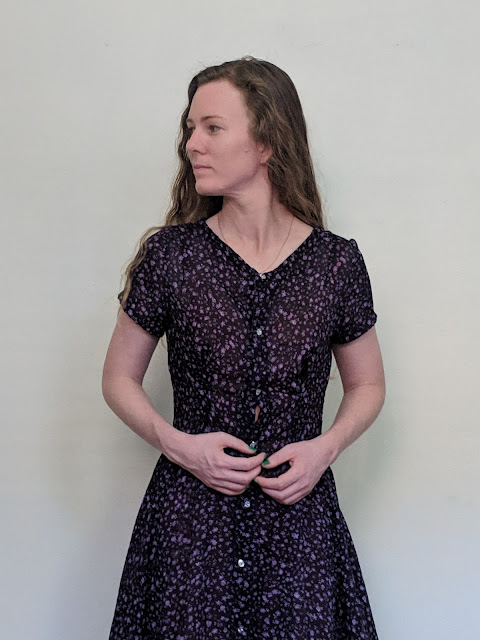 The fabric is a poly crepe georgette so it can get a bit sticky, but it has a great drape and flows nicely which generally means it's airy and cool most of the time. It is prone to fraying, so all seams and hems are overlocked. The colour is a beautiful rich deep purple, with delicate light and mid-purple flowers. The fabric is quite light and partially see-through so while it's not particularly obvious when looking at it, it does require a slip to be worn underneath. 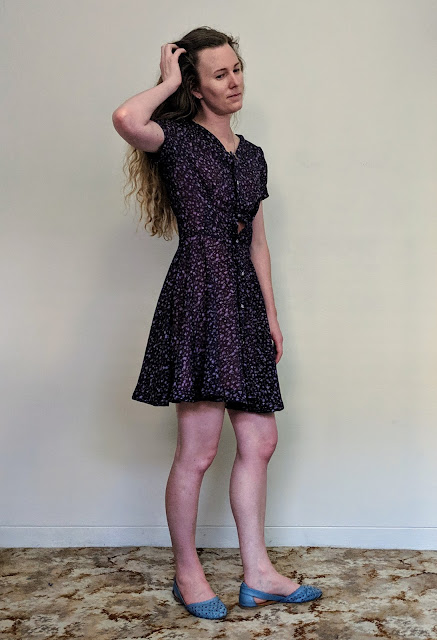 The buttons are from a box of buttons inherited from my grandma. Because the fabric is a georgette that is prone to fraying I didn't want to do buttonholes as I doubt they will stand up to many washes, so the buttons are decorative and hide press studs. I was also unable to insert interfacing on this fabric as it didn't stick when I tried to iron it on, so the bottom of the placket doesn't sit completely straight. 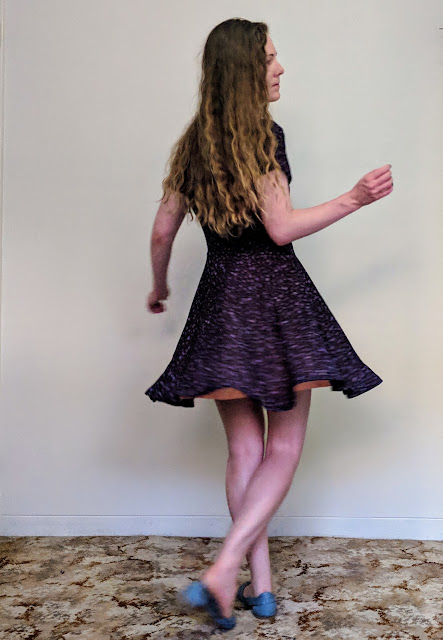 This dress has already gotten a few wears since I finished it. It is nice enough that I can wear it to work, but also works for weekends or holidays, making it very flexible. 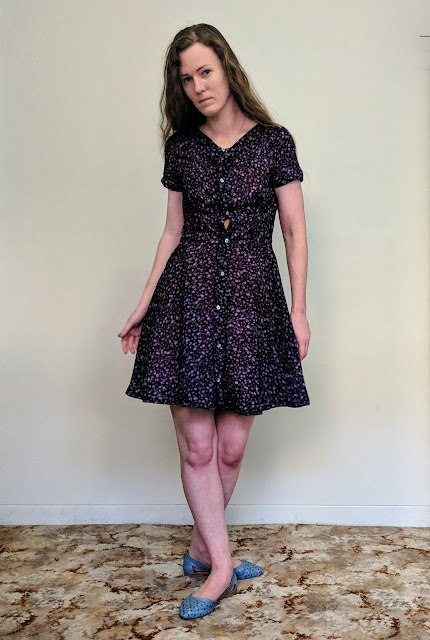 Posted by Antipodean Stitcher at 13:00