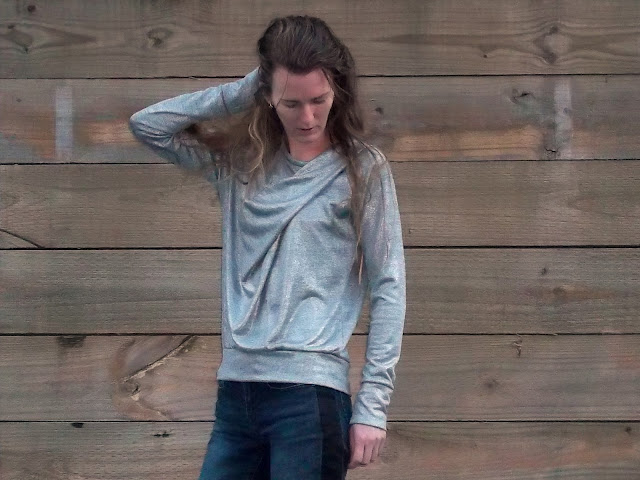 I've said it before, I'm a fan of NZ company Papercut Patterns. I've made a few of Katie's patterns and they're always great. The Ahoy collection was released back in February, and I snapped up three of the patterns. I've already made the Moana Dress, and now here's number two, the Bowline Sweater. 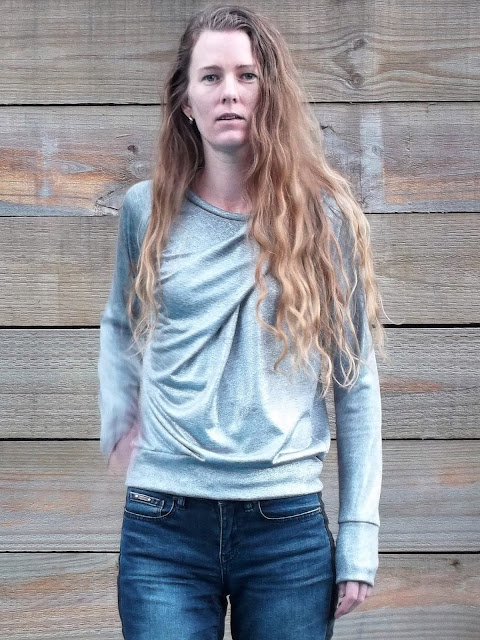 The Bowline Sweater is a raglan sleeve jumper with a folded pleated front. The fabric I used is one I had in my stash, a silver knit I picked up last year at Spotlight because it was on sale. I didn't have a plan for it but bought it because sparkly and shiny are fun, and I knew I'd find something to make with it. It's the thickness of a t-shirt knit, but the metallic thread makes it slightly heavier and slinkier, giving it a different drape to most knits. 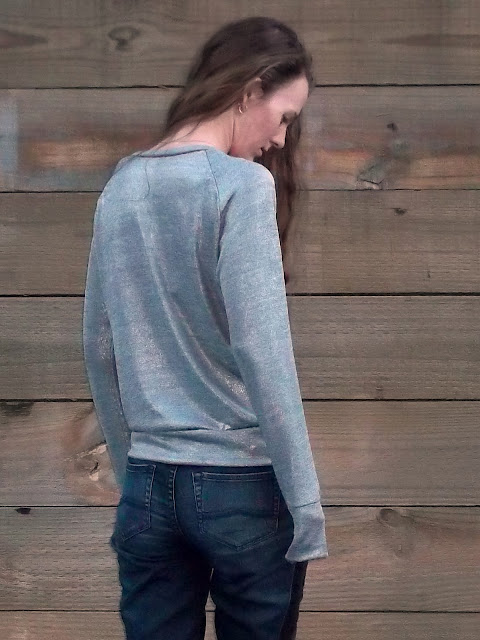 Because the Bowline has that pleated front I wanted a fabric that wouldn't look messy with drapes and folds. I've seen quite a few striped versions, which work really well, But I am trying to use my stash more this year (it's not entirely working, but I'm trying), so looked at what I already had that might work. I thought the silver would work well because although it's a plain fabric, light hitting the top would interplay with the folds and drape and bring out the shine, like light playing across waves. 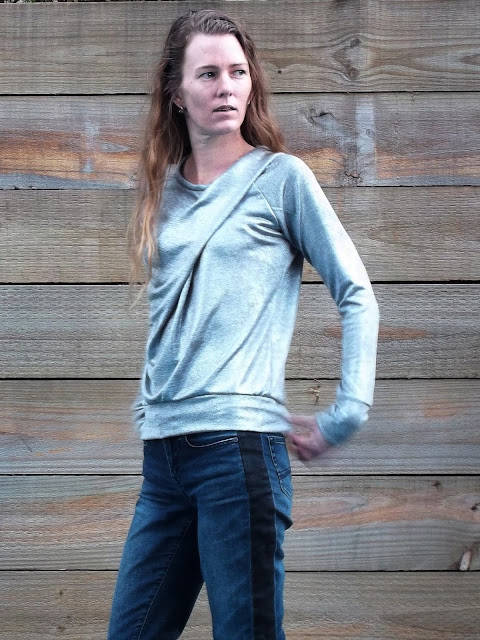 As with all Papercut Patterns, the instructions are well-written and clear. The front is a very confusing-looking pattern piece, but it's actually easy to follow and put together. Although I didn't pay complete attention to the layout for cutting the pattern out, so my front is actually mirror imaged. I've done that before when I was in too much of a rush to get on to my machine. It generally doesn't change the garment at all, but it is a slightly annoying error. 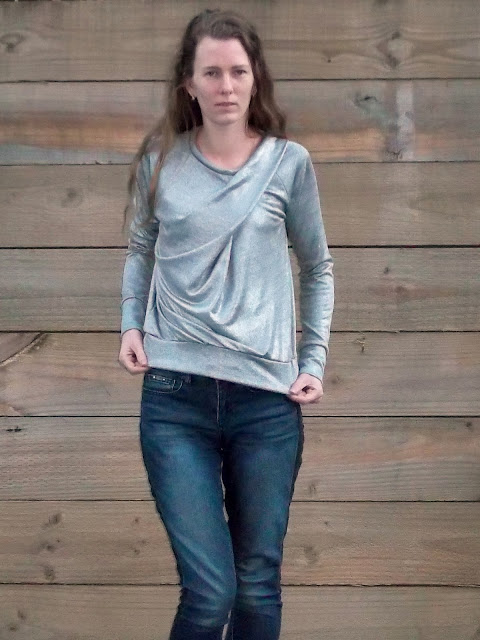 The fit is a bit of a mix, but not in a bad way. The raglan sleeves are relatively fitted, with long cuffs to pull down over your hands (I do that a lot, as you can probably see in the photos). The rest of the jumper is fairly loose. When I first finished it I felt that the front hung down over the waistband a bit too much, so I removed the waistband, cut the front piece on a curve so that the centre was shorter than the sides, then reattached the waistband. It still drapes but no longer overhangs. 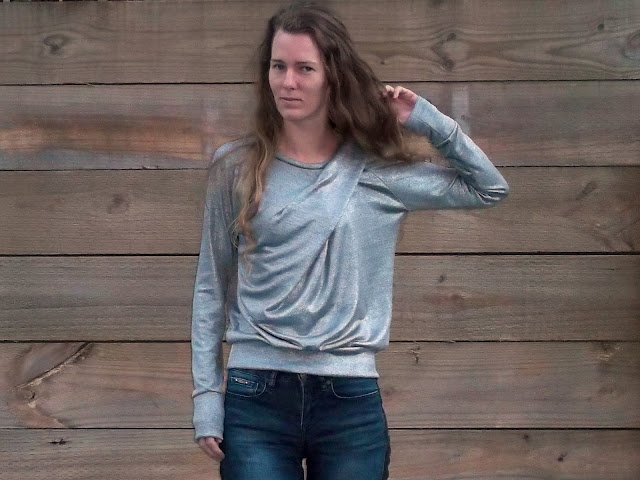 I say this with each Papercut Pattern, but I really like this. It's an interesting take on a jumper, and can be made as a casual top or a more fancy one - which isn't easy to find in a jumper. And I'm glad I bought the silver knit last year, because it really was the perfect fabric for this pattern.
Posted by Antipodean Stitcher at 05:06