I found my perfect blouse pattern. 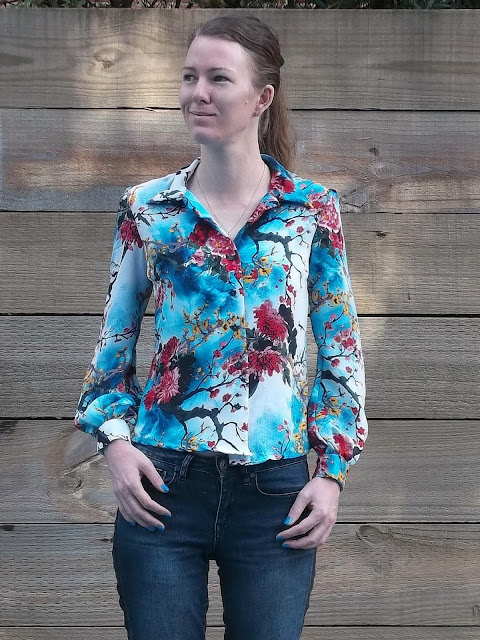 It's from 1974 (so is 2 of 8 for my Vintage Pledge for the year), the pattern is Style 4478, and I bought it for agrand total of 50 cents at a Salvos. It's also sized for pre-teen girls, but the measurements on the envelope were just right for me. 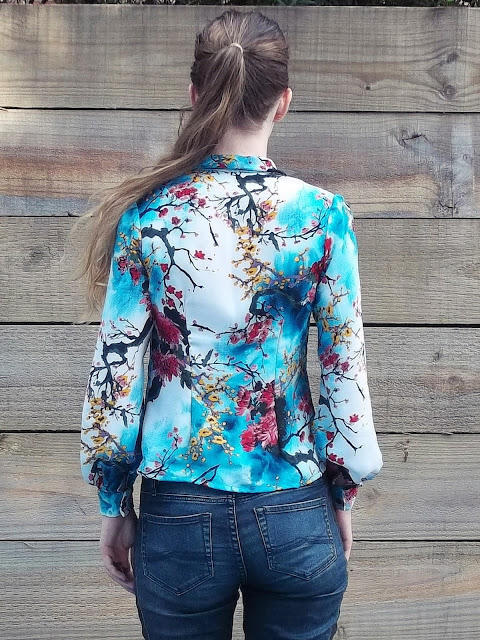 I'd been looking for a nice blouse pattern for a while, but none of the ones in the big four's catalogues really grabbed me. This pattern was cheap, and was much more what I was looking for. I did lengthen the hem by an inch, and could lengthen it further if I want to make a blouse that will tuck in to a skirt or pants. I also changed the bust darts to be straight rather than angled up so they'd sit at the right spot. But apart from those two minor modifications, the pattern was pretty much perfect. 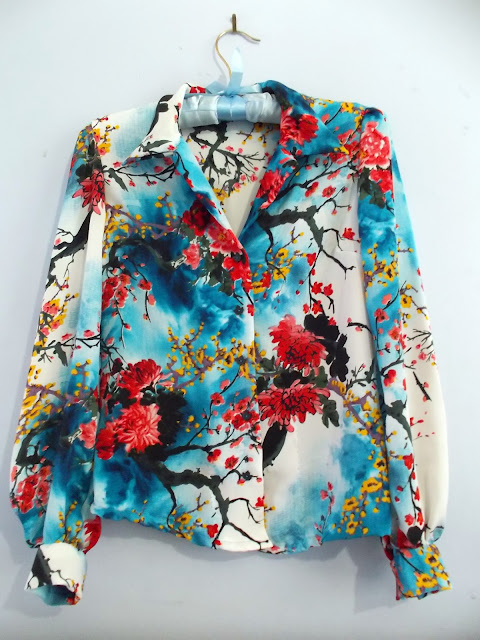 The fabric is a rayon from Spotlight, bought last year. It's beautifully soft, and I love the vibrant colours in the print. Because it's an all over print I decided it had to be a long sleeve blouse - need to show off as much of it as possible! It frays a fair bit so I did French seams once again. Honestly I rarely do anything but French seams lately, they give such a nice clean finish. 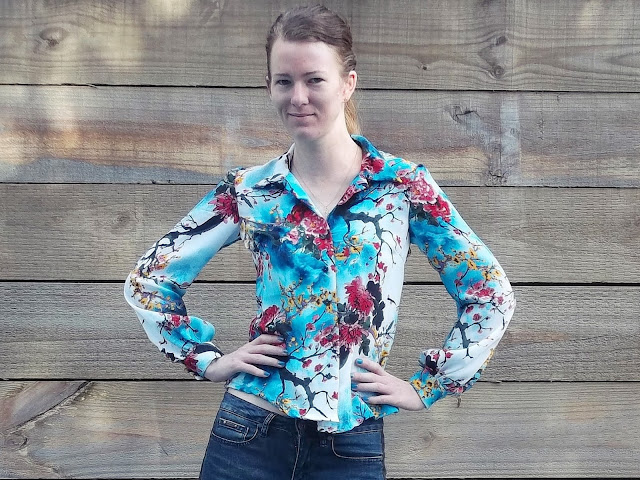 I'm also really happy with how the sleeves look. I was worried that the gathered cuff would look too puffy and costumey, but it didn't end up as full as I thought it would. Instead, it's just got a nice bit of flow that really complements the drape of the rayon without the worry of getting in the way or dragging inadvertently in food. 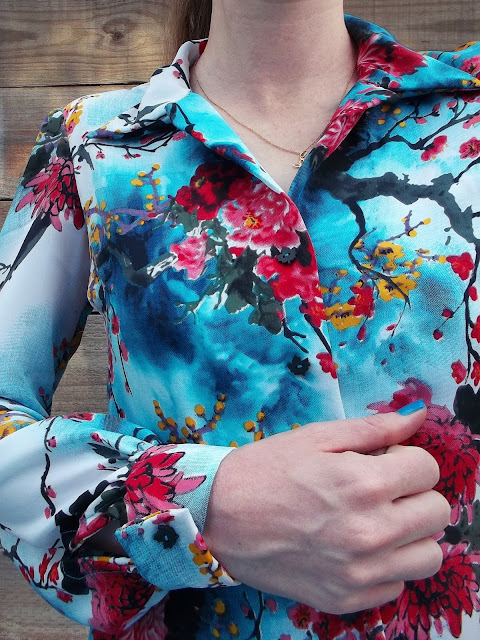 Mostly it sewed up really well, apart from the hem. You can see in the photos that the centre fronts are slightly uneven. They were cut the same length, but when I folded the fabric under and stitched the hem the end got slightly stretched out of shape. I tried to redo it, but wasn't able to get it to fix properly. It might have worked better if I'd left the interfacing off the front, but it was necessary given the weight of the fabric. 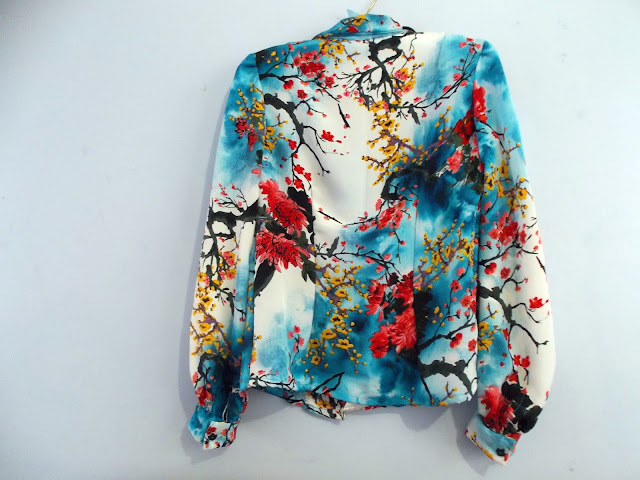 Because the print is so nice I wanted to avoid visible stitching apart from the hem. So all of the front facing and collar are hand finished. I also used press studs instead of buttonholes, because as beautiful as this fabric is, it does love to fray, and I really didn't want to deal with buttonholes falling apart after the second wash. The buttons I used on top are maple leaves in a dark green-grey. They're cheap craft buttons, but I think they match the colour and print perfectly. 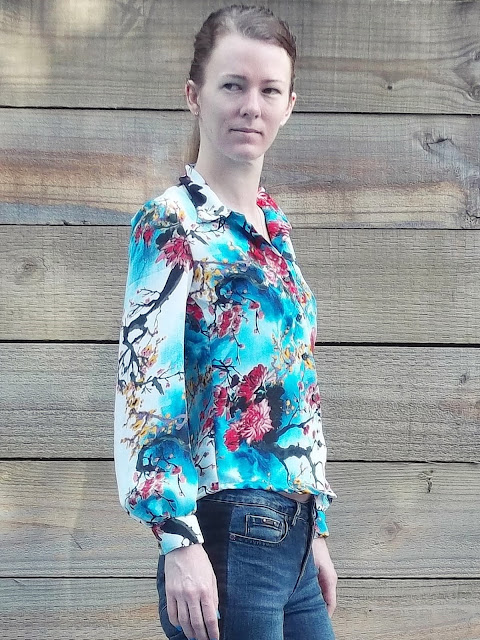 So now I have a colourful and elegant blouse to add to my winter work wardrobe. And I've already made a second blouse from this pattern, a short sleeved version. I'll definitely be making more in the future.


Posted by Antipodean Stitcher at 22:39