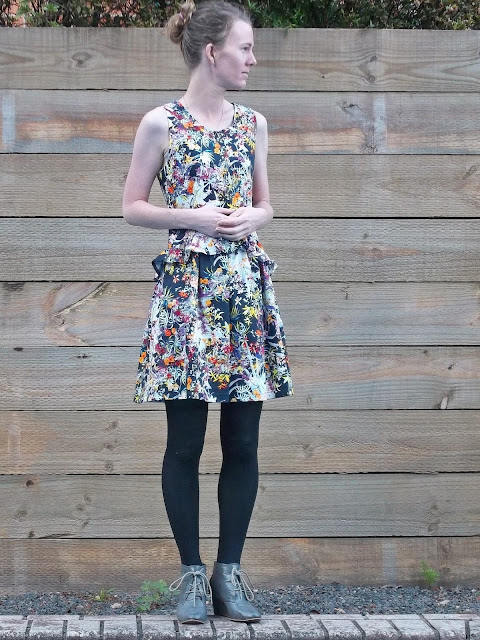 The new Papercut Patterns collection was released at the end of February. Katie's patterns are always great, so I was tempted by all of it, especially when there was a 15% discount code on the weekend of their release. I was restrained, though, only buying 3 of the 6 patterns. This one, the Moana Dress, is my first make. 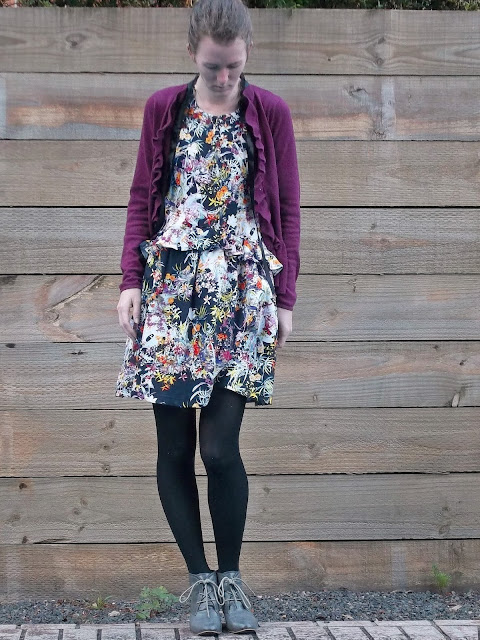 The Moana Dress is a relatively simple shape, slightly trapeze-shaped, with curved peplum ruffle and fuller skirt. It's less fitted than I normally wear, especially on the top, widening from narrow shoulders out to the hips. The peplum acts as a bit of shaping for the waist, in look rather than fitting. It also has an exposed zipper at the top. 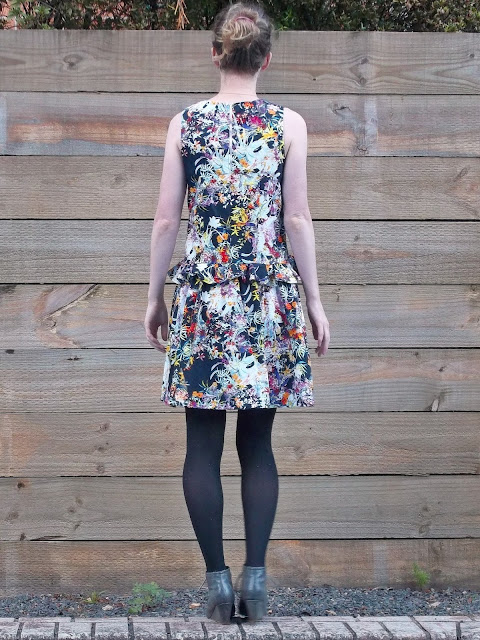 While I like papercut patterns a lot, I have found they tend to be a bit loose under the arms. This is a fairly common problem for me because my ribcage is narrow, but the trapeze shape of the dress makes that looseness more obvious. So when I first made the dress up and tried it on it was gaping. Luckily I tried it on before I'd finished stitching the facing down, so I was able to resew the seam in by a couple of centimetres. That allowed the dress to still be loose, but not hanging off. 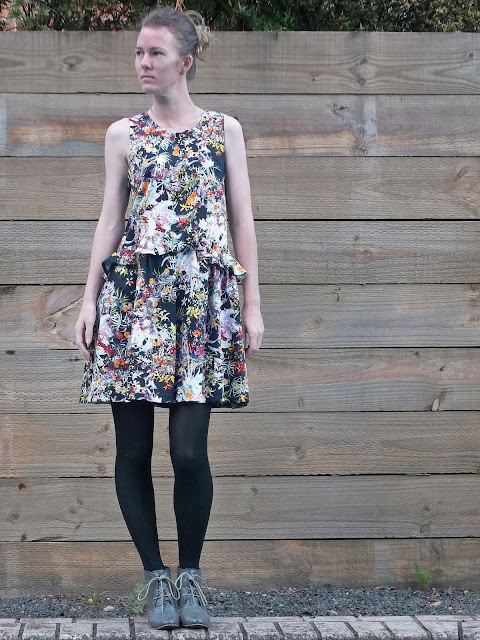 The fabric is a cotton sateen from Spotlight. I bought it last year, and I'd gotten it out a few times as a possible for a number of projects but it was never quite the right choice. But this year I'm trying to mostly use fabric from my stash rather than buying, so for this dress I decided to shop my stash. I got out a couple of fabrics, this and a black and white check, and got Instagram to help me choose. Although this fabric still needs to soften up a little more - the ruffle especially sticks out a bit more than it should - I think the bright floral was the right choice. Because the dress is relatively simple, the flowers everwhere print doesn't overwhelm it. 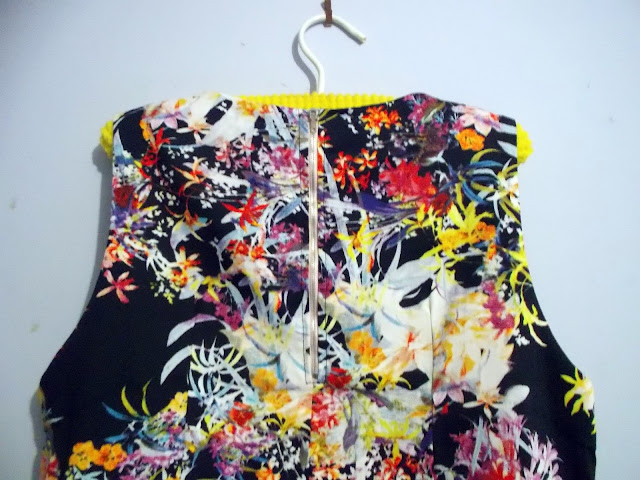 So there was one new technique on this dress: an exposed zipper. I've sewn zippers that were exposed before, but not done a proper exposed zipper. My ones, it was just because I decided to do that, but this pattern has proper instructions. Which is helpful! It wasn't particularly hard, but knowing how to trim the edges back at the bottom so the stitching is squared off around the zip gives a much nicer look than just guessing how to do it. 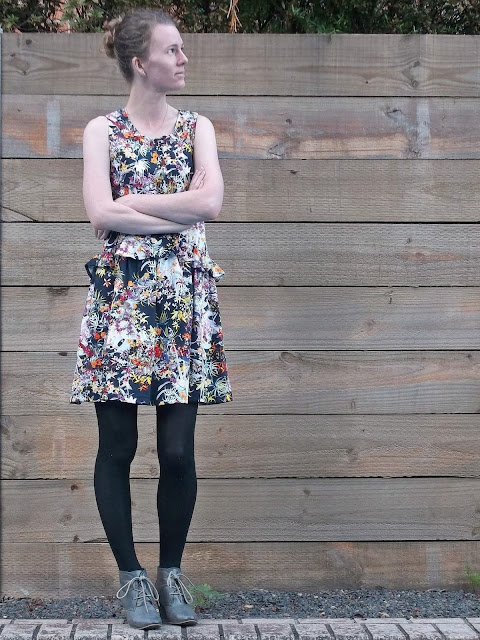 So I'm quite happy with this dress. I'm also hoping that it will be versatile, something I can wear in summer and also in cooler weather with tights an a cardigan like I did today. It's also a dress that can be casual but the print and shape are nice enough to wear to work. So thanks once again papercut for another great pattern! 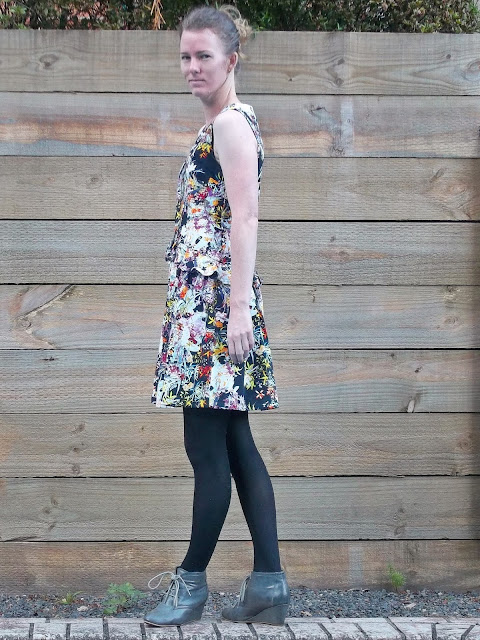 Posted by Antipodean Stitcher at 07:20