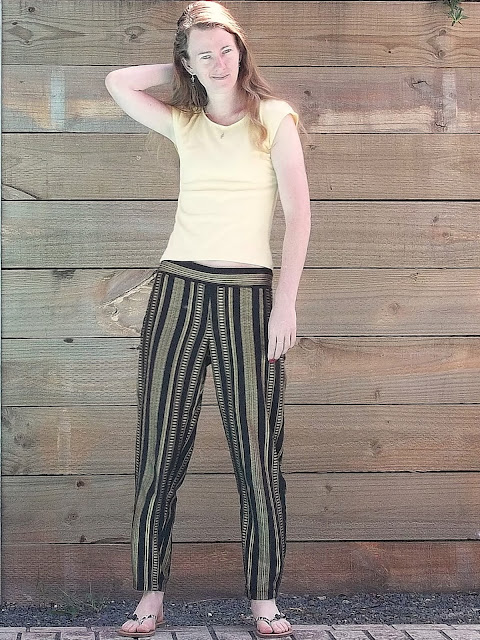 Although I love skirts and dresses for hot weather, sometimes pants are good for practicality reasons. Shorts are obviously a great option, but hot weather pants can be a bit trickier - they need to be breathable in both their shape and fabric choice. And I also don't want something that looks too slobby, for want of a better word. Also, I'm not really a fan of elasticated waists, which limits my options a bit. 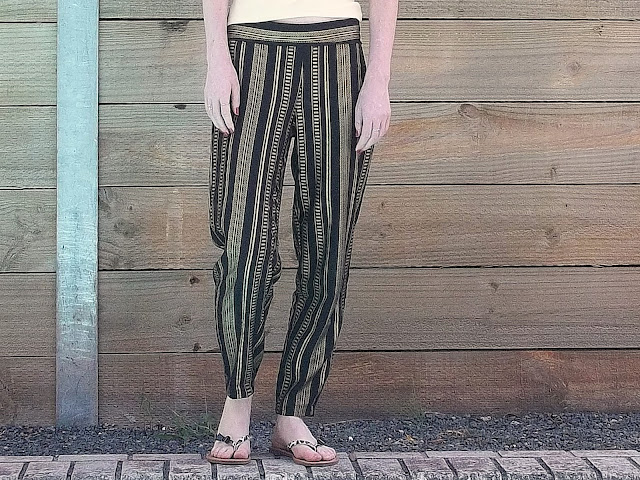 This pattern is one I've had in my collection for a while, Simplicity 4290, a 1960s pattern for shorts and slim-fitting pants. The fabric I bought at a local op shop for the grand total of $1.50. When I saw it earlier this year I thought it would be a good choice for some casual pants. It's a lightweight black cotton with a pattern of gold foil printed stripes/zig zags. You can feel the foil printing on top of the fabric, but it's not at all stiff, so the fabric still has a soft flow. 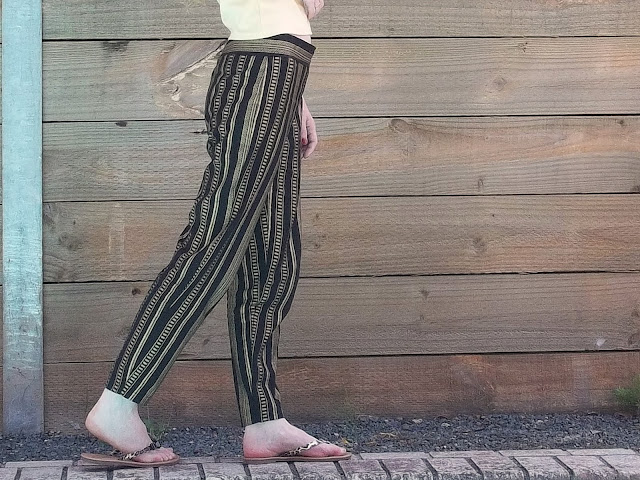 The original pattern was moderately high waisted - it was from the early 1960s - but I wanted these to be relatively casual, so I lowered the waist by about two inches. I also widened the legs from the hips to mid-calf, as the original pattern was slim fitting, but tapered back in at the ankles. I didn't want the pants to be too fitted, because they're for summer and need to allow good airflow, but also didn't want them too wide or they'd end up looking a bit clown pant-y. I think I managed to find the middle ground! 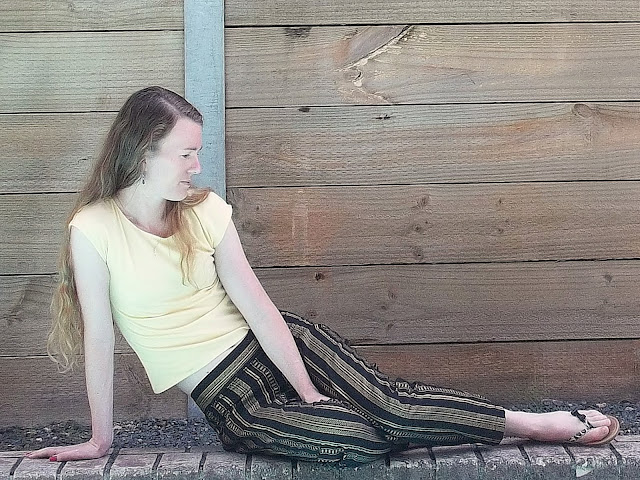 The one thing I didn't think about when shortening the waist was the waistband. I'd already decided that, seeing as I had the stripes running vertical for the pant legs, I'd have the wide triple stripe going horizontal for the waistband. The pattern piece was a straight rectangle, so this seemed fine when I cut it out and sewed it in. But where a completely straight waistband works fine when resting at the natural waist, when you move it down lower there's all this extra curve as your body widens down to the hip. The back in particular had a bit of a gape. It obviously needed a fix. 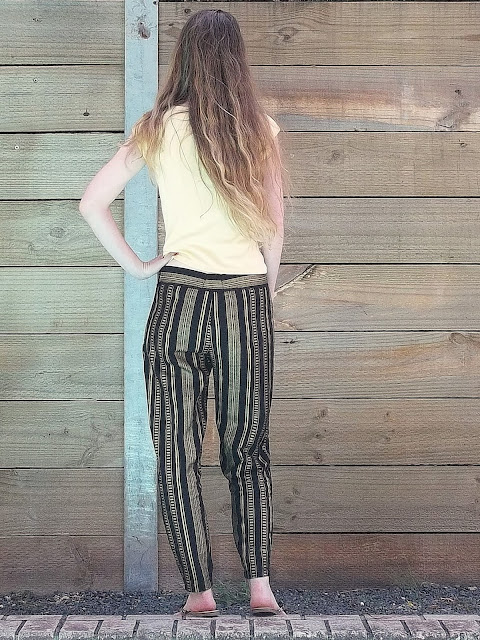 I of course didn't want to lose that nice horizontal line of the waistband that the gold stripes gave it. So I decided to add two small darts either side of the centre back, taking care to not mess up the line of the stripes. You can see in the photo above where I've put the two darts, but I think I managed to avoid making it look like a mistake, and hopefully made it look like it's just a normal part of the pattern. 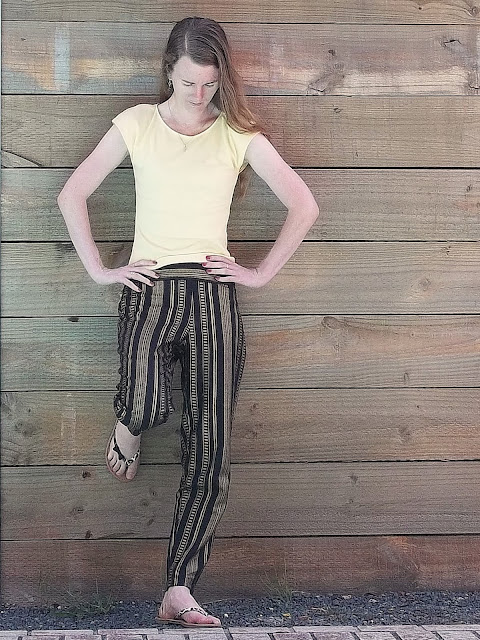 The pants have a side zip on the left, rather than a fly or elasticated waist. I used an invisible zip to make sure there wouldn't be any bulk or anything showing at the seam. I had initially been thinking about adding pockets, because pockets are such a useful thing, but didn't want to add any bulk. Also, I think it might have been a bit tricky having the side seam and a side pocket, and didn't have enough fabric in case I stuffed it up, so decided not to try and include any. I might be game to attempt it in the future if I make these again, but we'll see. 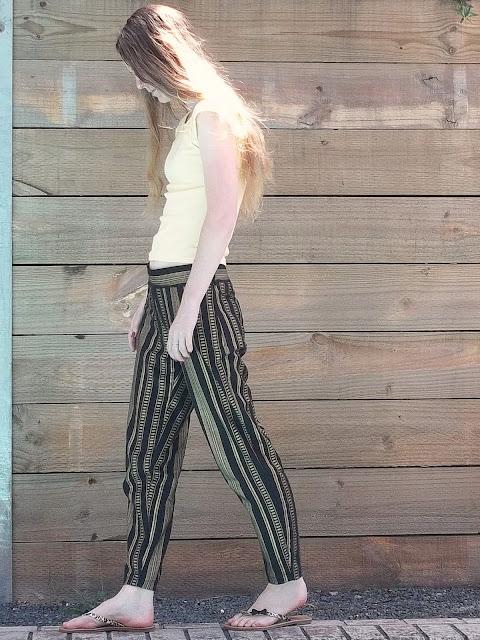 Overall, I'm pretty happy with these. They fit the bill of what I was wanting just right - they're soft, they're breathable, they're casual but not slobby, and they were very easy to make. The pattern being vintage means I'm also making my way through my vintage pledge aim for the year.

Posted by Antipodean Stitcher at 02:42