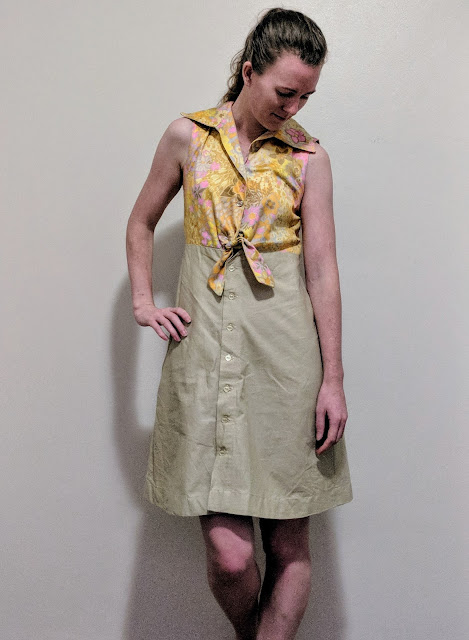 It's been a while since I last posted a new make. This was made mostly at the beginning of March, just before I went on holiday. I had thought I'd take it with my on my tip, but the ten buttons and buttonholes took a bit longer to finish than I'd expected. 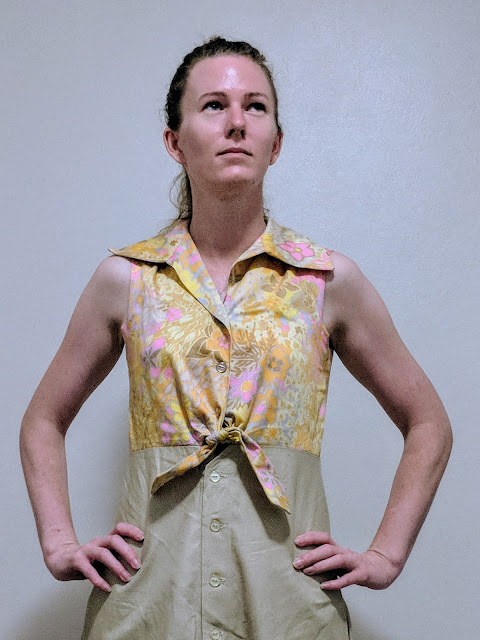 The bodice fabric of this dress has had a few attempts before finally becoming this dress. I got the fabric from a fabric swap with the Sydney Spoolettes last year. It had already been cut into pieces for a straightforward pullover blouse, but never sewn up. It wasn't my style, but I loved the print. The pieces were for a large enough that I figured I could play around with them, and given it was a fabric swap they were free. 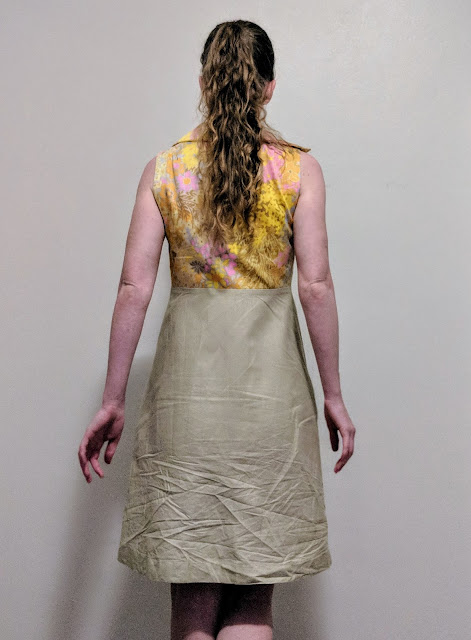 The pattern for the bodice is actually a blouse. The pattern is Simplicity 8009 from 1977. It had two options, sleeveless or puffy sleeves. Initially I decided to go for the sleeves.
The puffy sleeves were...not good. Although the fabric is soft, it didn't drape in the way I'd hoped, instead sticking out from my arms. So I removed the sleeves and used the fabric for sleeve facings instead. The length also didn't look quite right as a blouse, but the fabric is so nice and I liked how I'd sewn it together, so I decided to turn it into a dress. 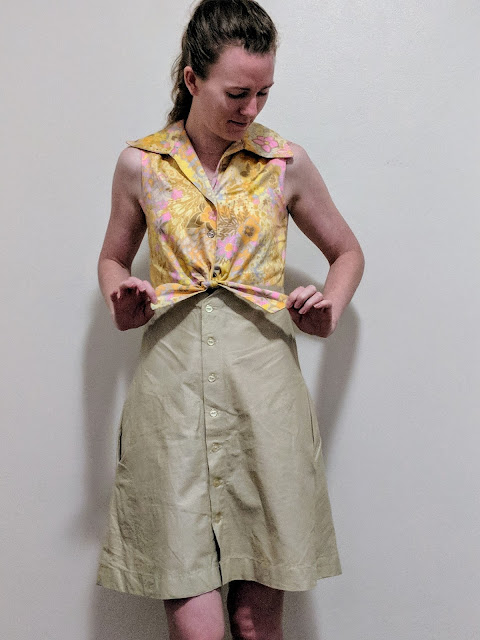 The skirt fabric is from My Hung in Hurstville. I wasn't sure what colour would be the best choice, so I took a scrap with me and wandered around the store to see which one it matched with best. I was considering trying to match one of the colours in the bodice fabric, but in hte end decided to stick to something neutral. As it's just a simple A-line skirt I didn't bother with a pattern. I just measured the hem of the blouse and the length from my waist and cut out the fabric. 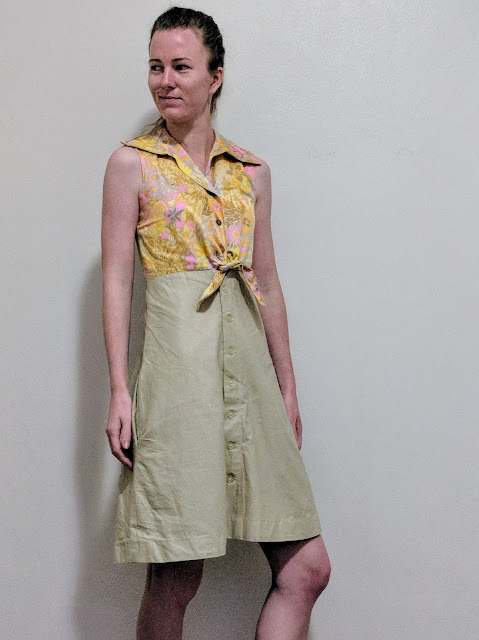 The dress title comes from Belle and Sebastian's first album, which I was listening to when I finished making it. And the retro feel of this dress suits their music. And tonight, it's getting an outing to see its namesakes perform. 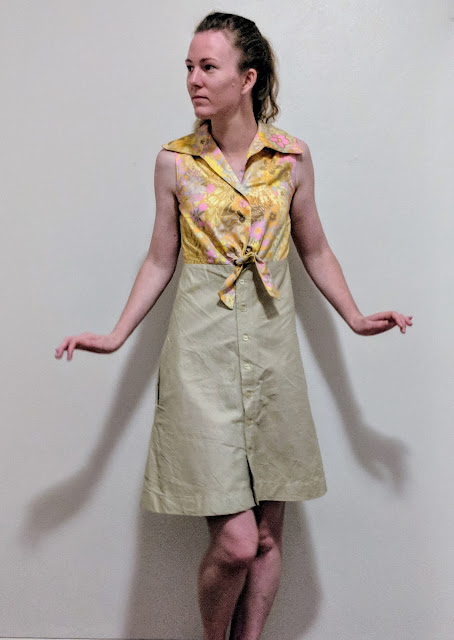 Posted by Antipodean Stitcher at 01:01