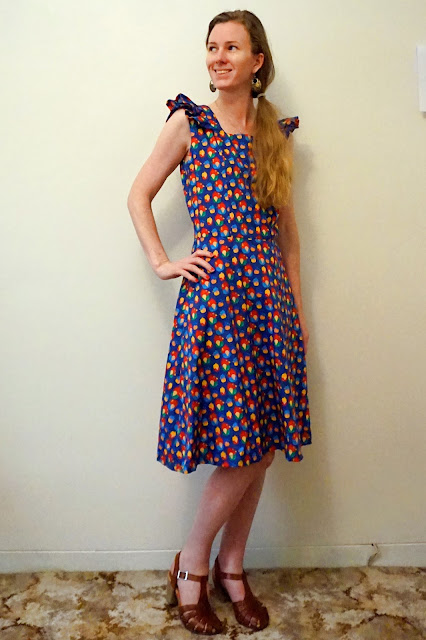 I'd originally planned this dress as part of Mena of Make This Look's Summer of the Pinafore (northern hemisphere summer) challenge on Instagram. I posted a picture of it almost finished (the facings hadn't been stitched down) and had planned to put it on the blog within a week of that. I finished this dress at the beginning of the month, but it's taken me four weeks to put it up on the blog. I took some photos a couple of weeks ago but when I downloaded them onto my computer the were blurry and the light was terrible. So I had to find a bit of time to do a take 2 and start again. And apparently I like looking to my right in photos. 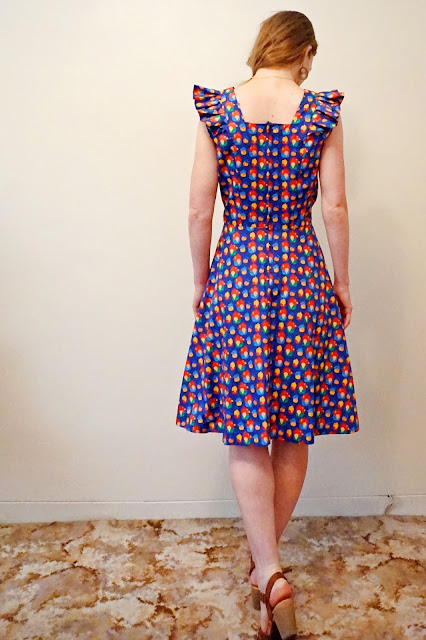 The fabric is one I picked up at a Sydney Spoolettes fabric swap about 18 months ago, which was the first spoolettes event I went to and I think the first fabric swap. I loved the quirky retro oval-shaped chickens on it, so I had to pick it up. The sewing pattern has the name Muriel written on the envelope, hence the name for the dress. I found the pattern at a vintage fair about 10 years ago, and this is the second time I've used it. 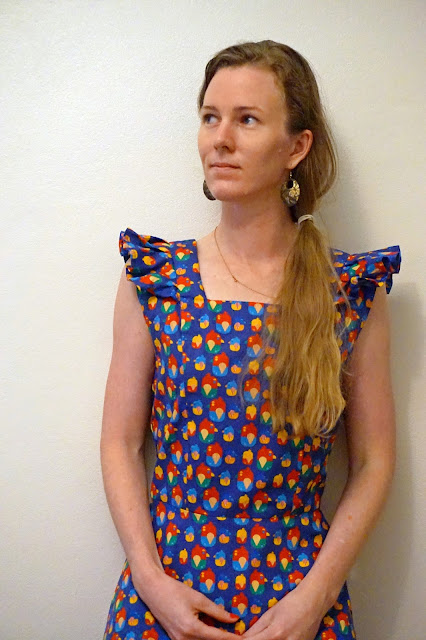 The pattern is a 1948 McCall pattern, number 7904. The original pattern actually has two lines of gathered ruffles, at the princess seam which I kept but shortened slightly, and around the armscye. I decided to leave that ruffle off because it would have looked a bit too costumey. I also did in seam pockets instead of the giant patch pockets of the pattern. The skirt is shortened from a couple of inches below the knee to just above to make it a bit more modern and wearable. 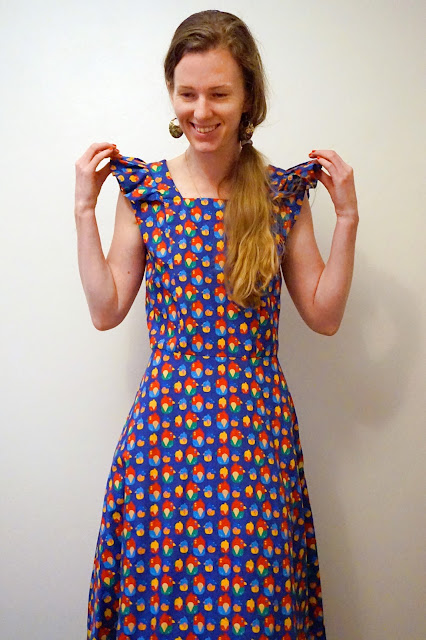 Because I have used the pattern before it was fairly easy to sew up. I even managed to pattern match the chickens down the front of the dress. However when I made it before I'd made the second version, which has short puffy sleeves rather than ruffles. I did a bit of playing around with exactly how I wanted the shoulder ruffle to be. The instructions were to simply gather the ruffle, but I wasn't sure it would look right, especially given the envelope illustration shows them sticking up to chin height which would probably look ridiculous. In the end I decided to freehand pleat them, so they don't stick up high but they aren't sharply pressed either. They're fun, rather than obnoxious. 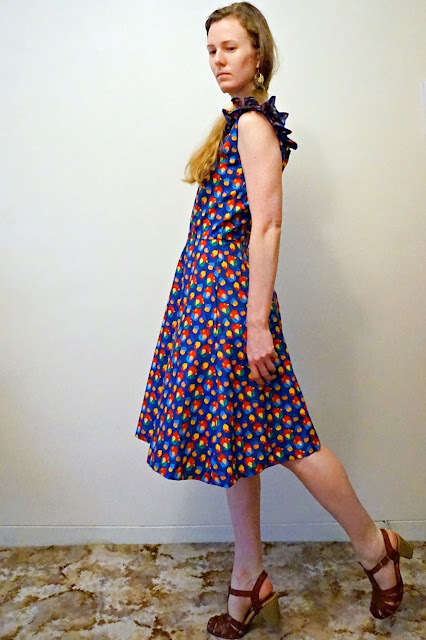 This make is also vintage, so is part of my vintage pledge for the year, which had been to create a capsule wardrobe. Whether it ends up being an actual capsule wardrobe or I just make a number of different types of vintage clothing pieces remains to be seen. And the fabric ended up being such a large piece that I was able to take the 1 metre remnant to the latest Spoolettes fabric swap on Sunday for it to be used by another Sydney sewist! 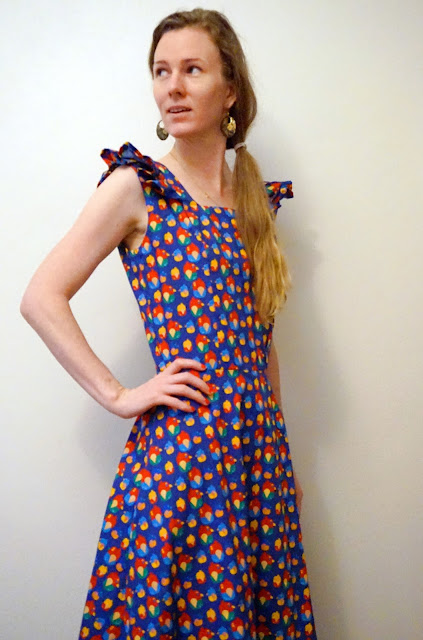 Posted by Antipodean Stitcher at 06:23