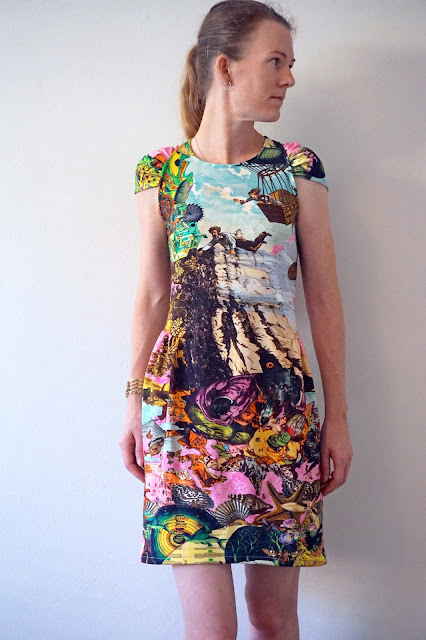 I've finally got my sewing room set up, and two weeks off for the Christmas/New Year's break, so time to sit down at my machine and start stitching again. First up was this dress, made on Boxing Day. 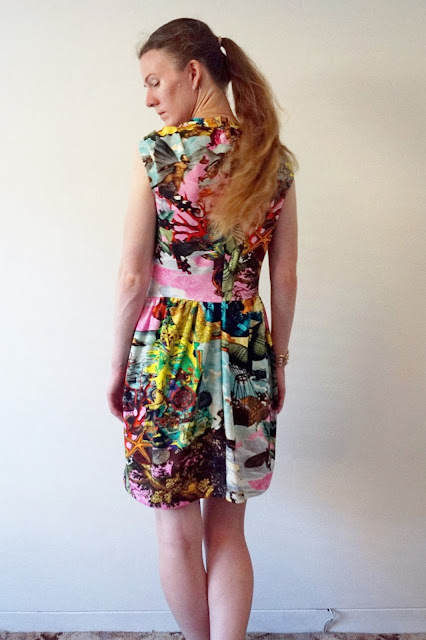 The fabric is Blimm's World Punto from Tessuti Fabrics. It's one of a couple of Italian pontes that are so popular that they tend to sell out within a day or two at most, so it's lucky that I can get down to Tessuti at lunchtime. After they posted them on Instagram one morning I headed down at lunch and fortunately this one was still available. 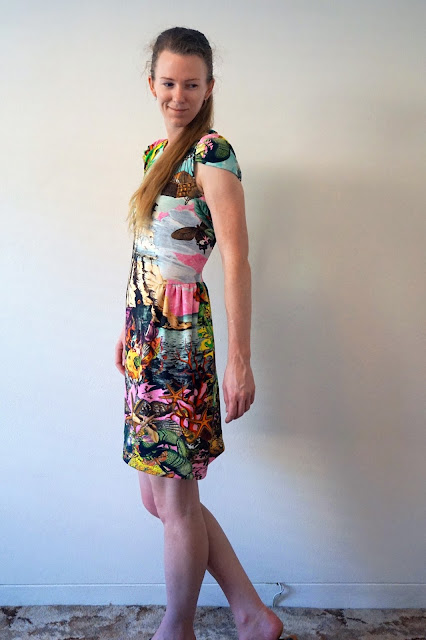 The print is very busy (yes, that is a man falling out of a hot air balloon and a map of Asia with a black bear representing Russia), so I had to choose a pattern where the fabric didn't overwhelm but where I wouldn't lose any of the fun of it. I decided to go with the drop-waist gather dress from Drape Drape. It's a semi fitted pattern with a tulip skirt, and the fabric is cut all in one piece. 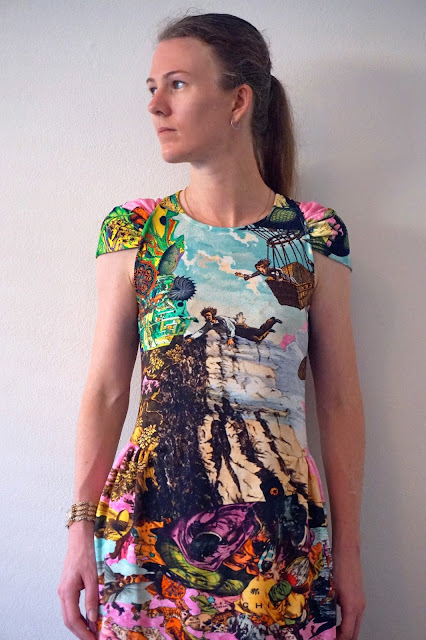 The pattern suggests putting a zipper in the back, but given it's a jersey fabric I decided that didn't seem necessary. The dress is fitted but not tight, so it is still easy to get on and off without a zip. I did the gathering for the shoulders and skirt both by hand so that they would be even and neat. 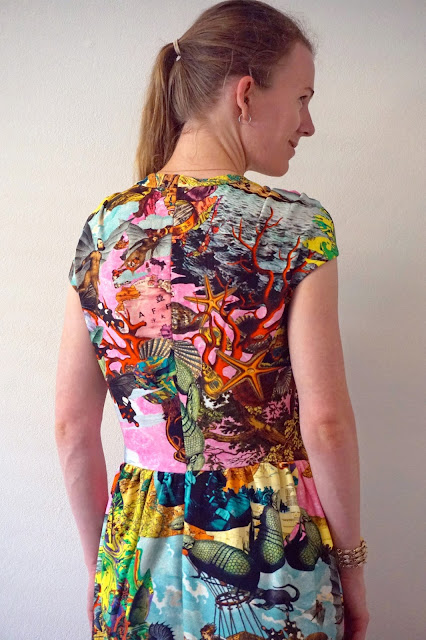 The piece of fabric was slightly shorter than the pattern needed, so the back of the skirt had to be cut differently. I couldn't curve the hem down, so had to cut it more like a typical gathered skirt. It also meant that the hem was initially higher at the back, so I had to trim it shorter until it was even. I was a bit worried about that I'd lose to much length, but fortunately it's still long enough. 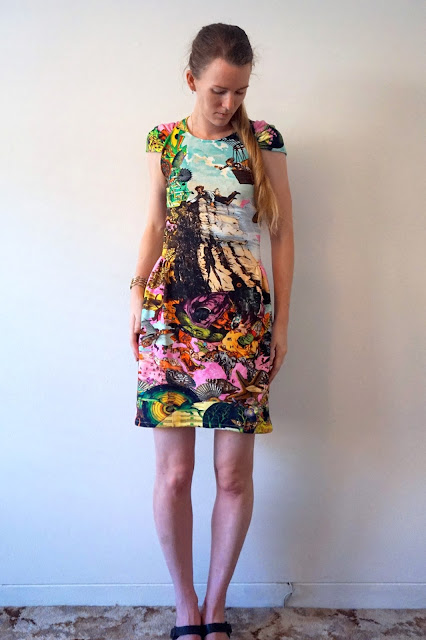 This was my first make from Drape Drape, a book I'd seen a lot but was always a bit daunted by. I was surprised at how quick this was to make. All up, measuring, pattern placement and sewing took me only a matter of hours. Basically it's the best sort of pattern - one that looks much harder to make than it is! 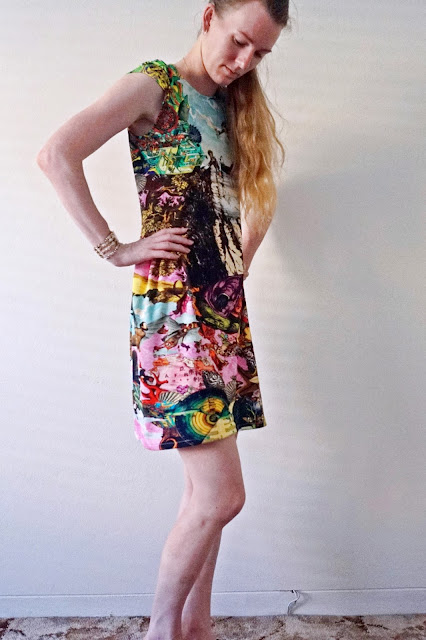 Posted by Antipodean Stitcher at 00:18