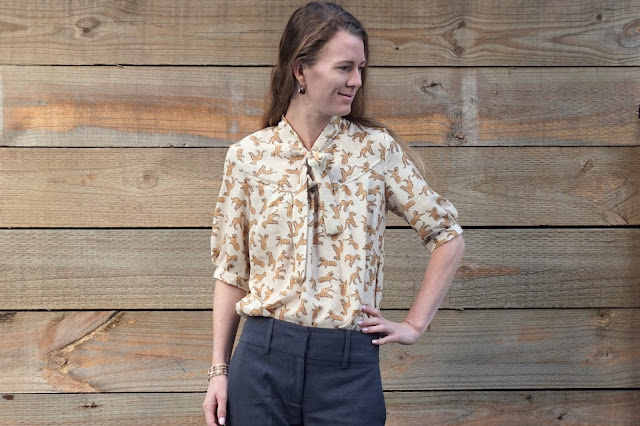 The pattern is from the Japanese pattern book Les Couleurs Francaises. I'd post a link, but can't find anything other than a handful of blog posts. Which is unfortunate, because it's quite a nice pattern book. It's mother-daughter patterns, with lots of matching or similar styles. They're all fairly safely classic and feminine, so they're unlikely to become too obviously dated. It's worth picking up if you ever see it. 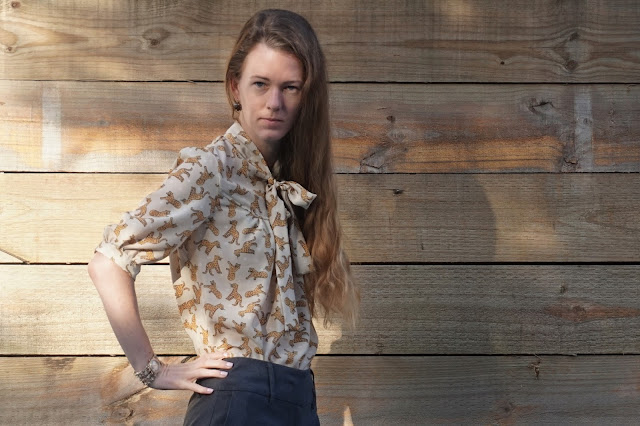 Now about the fabric. I do like my kitsch animal fabrics. I'm not particularly excited by standard animal print fabrics, but fabrics with animals on them? Those are great, and I've made clothes from quite a few animal fabrics. So how could I not buy this leopard fabric? 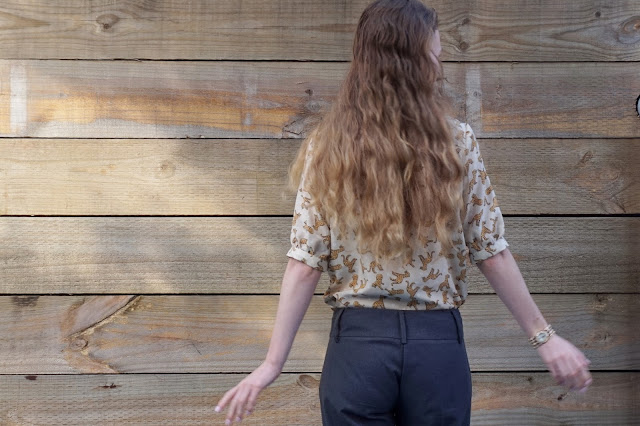 The fabric is a poly with a nice drape. I bought it on a trip to Cabramatta with the Sydney Spoolettes. I think it cost $5 for a metre, which is actually mid-price range for Cabra. The number of fabric stores there make it well worth a visit. The quality of fabrics is variable, but given you can get things as cheap as $2 a metre that isn't surprising. And most of the fabric is pretty good quality. 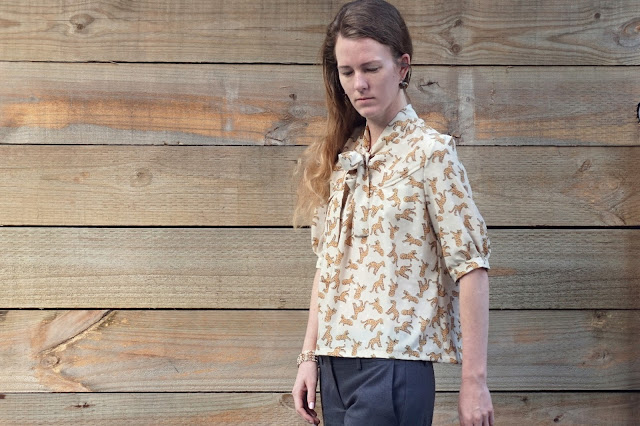 As I said the pattern is from the Japanese sewing book Les Couleurs Francaises. It's pattern W, a tunic style pussy bow blouse with elbow length sleeves and front and back yokes. It's one of the patterns that made me buy the book about five years ago, but this is the first time I've made it. In the book they've made it with a broderie-edged cotton, and I'd always thought I'd do something similar. But a fabric printed with a member of the feline family is obviously the perfect choice for a pussy bow blouse. 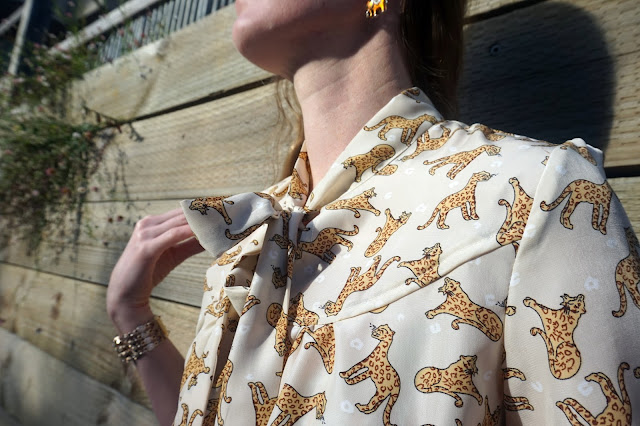 Being poly the fabric is easy to care for and doesn't seem to crease. However it can fray, so as usual I did French seams to give it a cleaner finish. I also stitched down the yoke seams, both to keep it neat and flat and to highlight the yoke. I didn't have much of the off-white thread I used as topstitching left so all the inside stitching was done in white At first I worried that the topstitching thread might still be a bit too white, but in the end it doesn't stand out much, just enough to accentuate the seam but not so much that you look at the line. 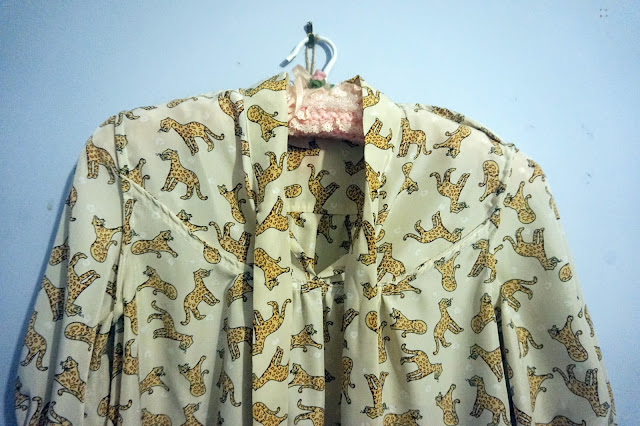 The pattern was a very straightforward make. Although it has both yokes and ties, it doesn't have anything that's difficult to do. It's loose fitting, so there's no buttons or zippers to worry about. Setting sleeves always requires patience, and a bit of attention is required to get both the keyhole neckline neat - both having the yoke pieces just overlap and stitching the tie to the neckline - but it isn't hard to do. It's probably a good pattern for someone who knows all the basics and either wants to try out Japanese patterns for the first time or just wants to slightly challenge their skills. 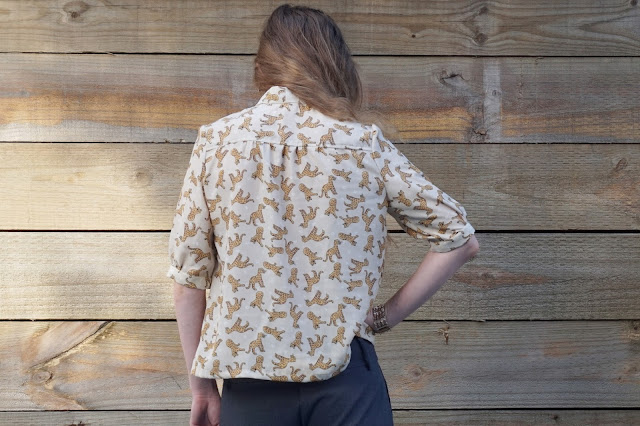 In the pattern book this top is worn untucked, but in most of the photos I've worn it tucked. I think it works better for this fabric, and as a blouse to wear at work I think tucked in is neater too. Although it possibly could stand to be an inch longer, or I could wear it with higher waisted trousers or skirt. But overall, I'm really happy with this blouse and think it will get lots of wear. 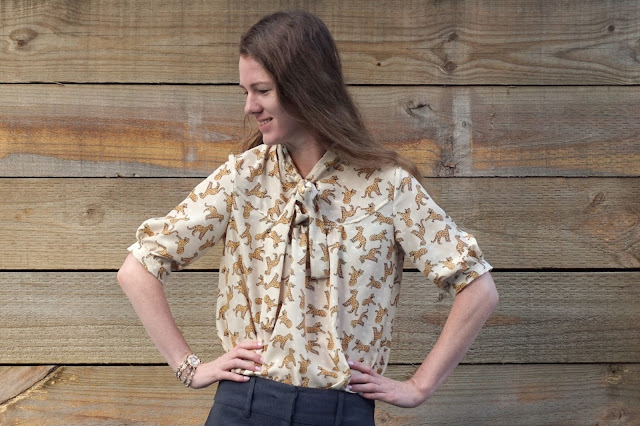 Posted by Antipodean Stitcher at 03:43