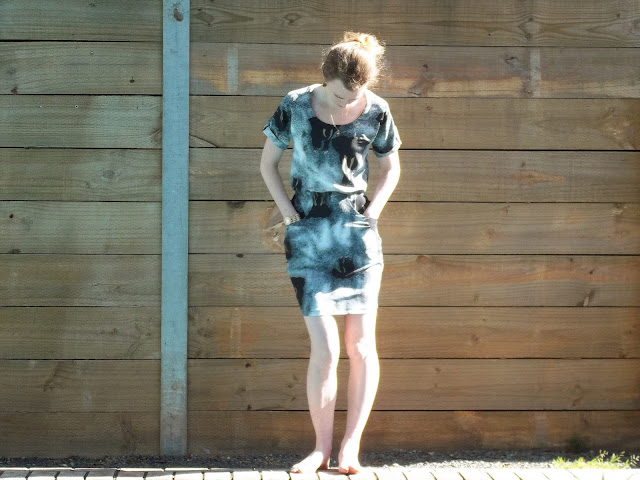 My friend Erin found this fabric at the Mission Australia warehouse near her place, which has apparently a lot of fabric. There's a small op shop that's open all the time, but the warehouse is only open a few times a year. Luckily my friend happened to hear about it on the radio back on their March open day and went along. She sent me a picture of this elephant fabric and asked if I wanted it. Stupid question, of course I wanted it, who wouldn't? 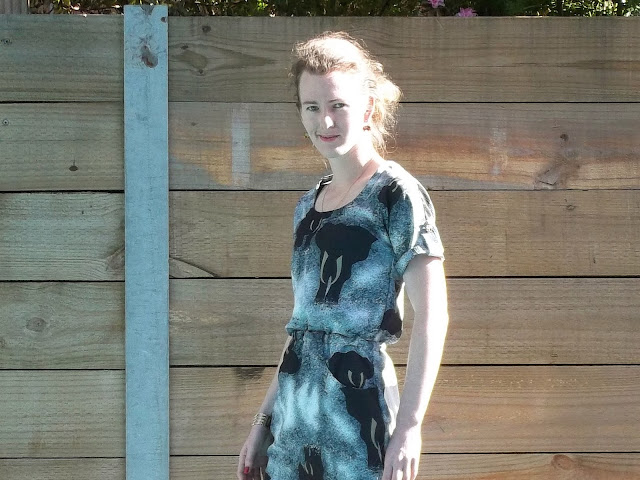 The fabric looks great, with its silhouetted elephants and mottled white/grey/black background, but it's not exactly the best quality. It's some sort of poly crepe, so won't be breathable enough for high summer in Sydney when it gets to 70%+ humidity and 30+ degrees. But for nice days when the temperature is mid-high 20s and a bit drier, it should be comfortable. It's also tightly woven which means it only lets a bit of light through but isn't see through. That freed it up to a broader range of possible uses and patterns.
Enter the Bettine Dress. 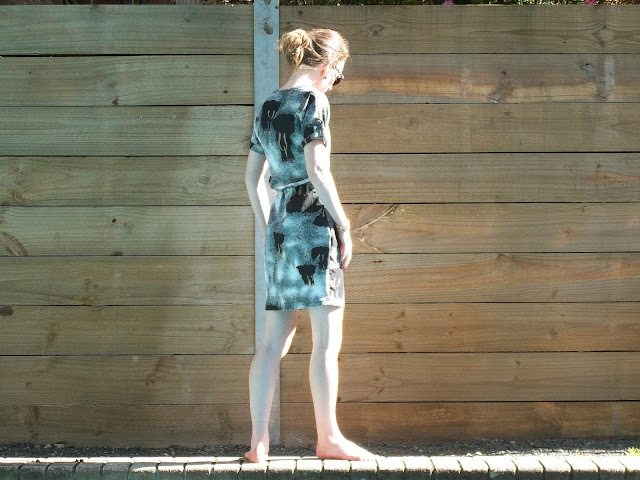 Tilly and the Buttons' new Bettine Dress was released on my birthday, which was obviously a sign that I had to make it. Its semi-drapey style which made it a good fit for the elephant fabric. The pattern is also simple enough that it lets the print be the focus, which I really wanted for this fabric. And the dress has GIANT pockets! Pockets are left off far too many women's patterns, and sometimes when they're included they are added in a way that makes them bulky and generally look bad. Not with the Bettine! It probably helps that the fabric I used is very light, but the pocket and skirt sit really well. 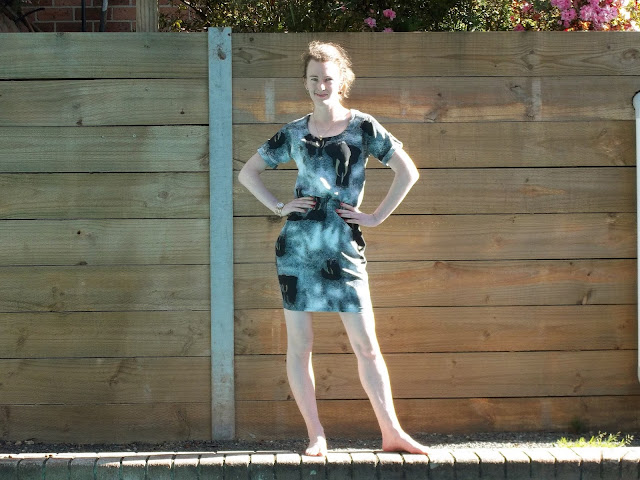 I'm often not a fan of elasticated waists. If they don't sit at the right spot I find them uncomfortable, they can cause the fabric to bunch up weirdly, and I find they can look a bit lazy. Luckily nonse of these issues was a problem with the Bettine. The blousy top means it hangs slightly over the elastic which makes it look nicer, and it's also just a really comfortable dress. So maybe I'll be less averse of elasticated waists in the future. 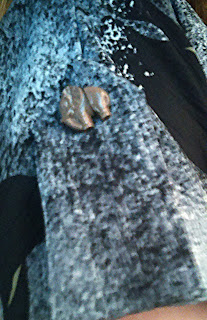 I decided to do the optional sleeve tabs just so that I could use these vintage elephant buttons. They're from the 1950s, plastic, and I found them years ago at a vintage fair for a couple of dollars. They sat in one of my boxes of buttons for years, just waiting for an elephant print fabric to be matched with. See, sometimes picking up weird pieces of kitsch really pays off as you end up with the perfect finishing touches.

The tabs themselves were probably the most annoying part of making the Bettine, because I couldn't get them quite even. Because this fabric is very much cheap quality it was a bit awkward to pin and cut out. For the main pattern pieces that doesn't matter because any unevennes can be hidden in the seams, but for little pieces like cuffs, a few millimetres off shows up with one side of the tab being wider than the other. But it's only noticeable if you look really close, so I can live with it.

It was a very easy pattern to sew, and is really comfortable to wear. I already have another fabric in my stash that I'm considering for a Bettine, so I guess I'm a fan. 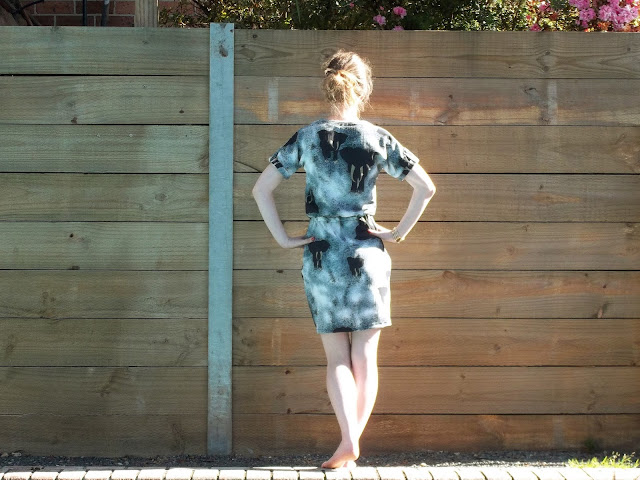 Posted by Antipodean Stitcher at 23:41