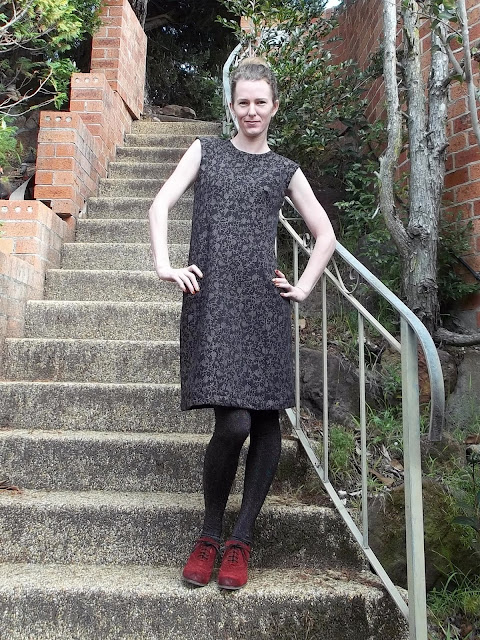 I know the 'Little Black Dress' is meant to be a standard of a woman's wardrobe, but I must confess it's not something I've really owned before. I'm far too much of an all the colours all the time person. So it's actually taken me a good four years from planning to make this LBD to finally getting around to doing it. Partly because I'm not really a wearer of refined or grown-up clothes, and I don't tend to make anything formal-ish unless I have somewhere to wear it. But when I heard about Canberra Frocktails, I decided it was time to get this made. I had meant to take at least a couple of photos at frocktails but guess I was having too much fun because I didn't get around to pulling out my camera. 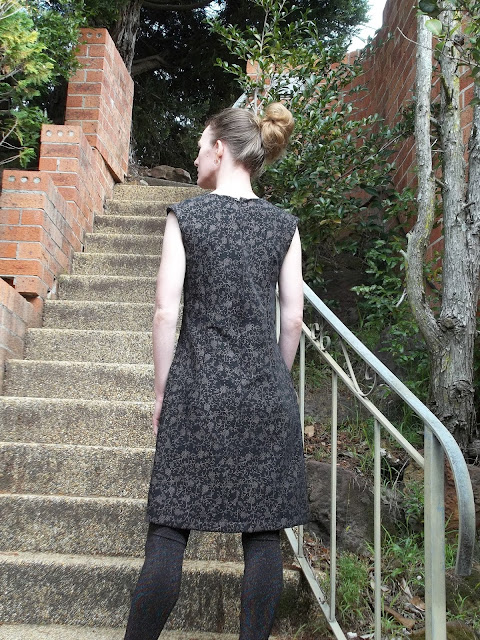 Frocktails is a brilliant idea dreamt up by some Canberran sewists to have a get together, dress up, have some drinks, stroke each others' outfits, and talk about sewing and stashes without having other people think we're weirdos or tell us that having overstuffed drawers full of fabric is a sign of a hoarding problem. I'm not sure about others, but I find sewing can be a bit of a solitary activity, so it's nice to meet with fellow sewists and be part of a group who share your obsessions. And the frocktails ladies were all lovely and cool - because sewing is an obsession of choice for lovely, cool, creative people! 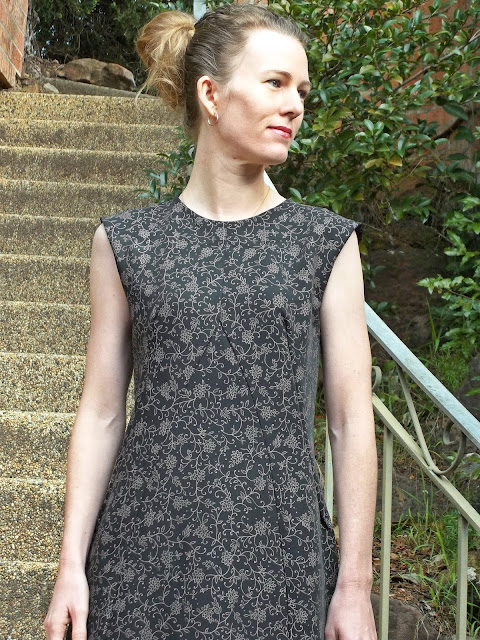 So, the dress. Unfortunately I don't remember what the fabric is, other than it's not a natural fibre. It's got a satin backed finish, is a two way stretch, is mid-weight and fairly structured, and the brown floral vine is printed onto the fabric, not woven or dyed into it, but beyond that I have no idea. I am trying to be better at remembering exactly what type of fabrics I buy but there are still some in my stash like this one that I have no real idea about.

As well as having owned the fabric for almost four years, I've had this pattern for about the same amount of time. It's a vintage A-line dress, Simplicity 5920. The pattern dates from 1965 and definitely has a 60s feel, but it's not a costumey vintage pattern, so it's a very wearable dress. This dress is also one of my makes for the 2015 vintage pledge challenge from A Stitching Odyssey, for which I've decided to make six vintage patterns. 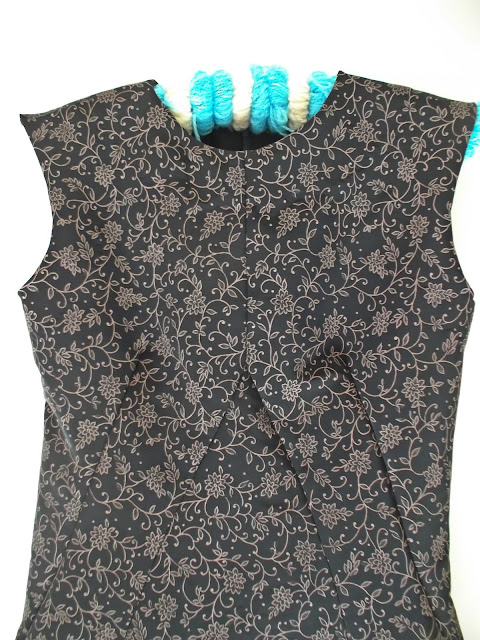 Sadly I couldn't get it to show up well in the photos, but the dress has an interesting front construction. There are three pieces to the front of the dress, a curved triangular central panel which starts just below the centre of the bust, and a seam joining the two front side pieces at the centre of the neck. The bust darts are basically french darts except they end about an inch before the side seam.

The pattern is a size larger than I normally wear, so I had tried to cut it in a little slimmer to make a better fit. But this fabric, being a little heavier, was hard to cut right in narrow on the pattern so when I had it sewn up it was a bit loose from the waist up. Luckily it's pretty easy to adjust for the slight looseness - I'm pretty straight from underarm to waist so I've dealt with this issue pretty frequently. I extended the bust darts up so they end almost in line with the centre panel and sewed straight up from the waist to the armscye and the fit was much better. 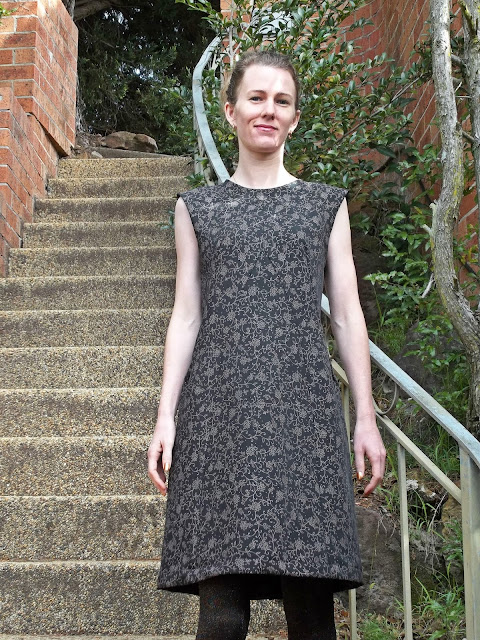 I ended up having to hand sew in the zipper and hand finish the facings because my machine and the black thread I have are currently not really on speaking terms. After having the fabric snap three times when I tried to put in the zip I admitted defeat and put it in by hand. Although it's slower and sometimes frustrating, I do like finishing facings by hand because it does give a cleaner look. Although it did mean I was up to the wee hours the night before heading down to Canberra so that I could get it finished off before leaving. 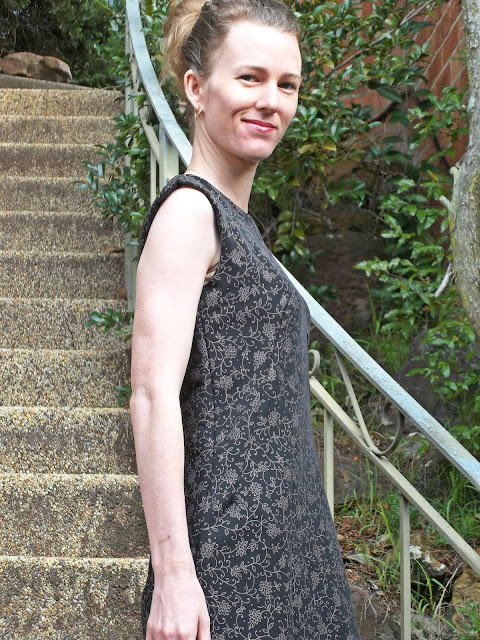 Overall, I'm quite happy with this dress. It's fairly simple and classic, and I've finally done my duty as a grown woman of owning a LBD, even if the dress is also covered in brown floral vines (I can't be expected to have a normal LBD, now can I?). But even more I'm so glad to have gone along to frocktails and met all the amazing other sewists.
Posted by Antipodean Stitcher at 04:04